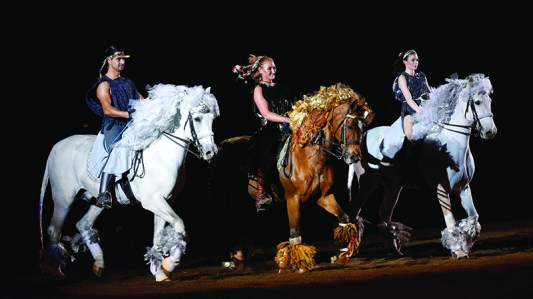 Tacked Up For a Wild Ride

Written and Photographed by Kirk Gollwitzer {SCENE 1−Curtain} Hello from your man-on-the-street reporter in search of a scoop. Today I would like to share with ... Read more

Tryon’s Trade Street hosted a rather large dinner party June 26. In fact, there were so many people, a table the length of a football ... Read more

The Tryon Riding & Hunt Club sponsored an evening of dinner and dancing under the Mint Julep tent at FENCE, the evening before the 70th ... Read more

life in our foothills

By Kirk Gollwitzer The old saying is, “You can’t go home again.” But, maybe you can. The Historic Saluda Committee (HSC) has been collecting oral ... Read more

The Eye in the Sky

If ever there has been a consumer product that was born under a bad sign, the drone would win with flying colors. The word itself ... Read more

Back in the fall of 2013 the idea of putting together a film festival in the heart of Tryon came to us like a surprising ... Read more

The Polk County Film Initiative (PCFI) announced today that “Harry & Snowman” has been set to screen as a feature film at the Tryon International ... Read more