Tacked Up For a Wild Ride 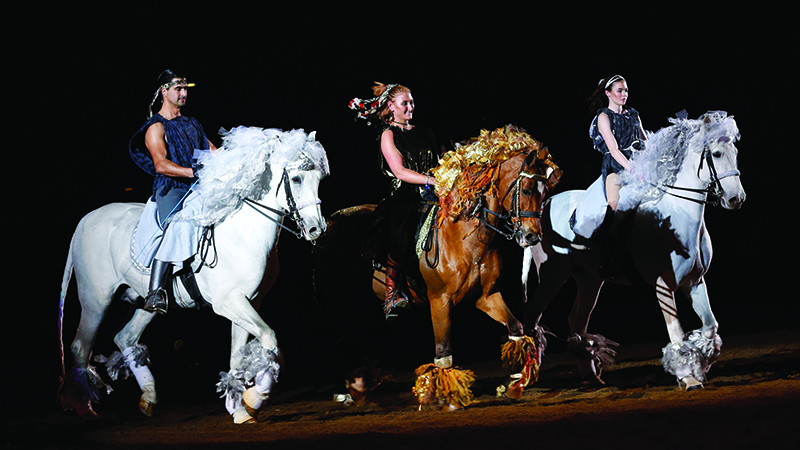 Chicago-based Yvonne Barteau will be on hand to introduce her gala film, “Into the Spotlight.”

In its third year, the Tryon International Film Festival’s mission is to become one of the top film festival destinations in the world. The beauty of this lofty goal is that it’s entirely possible.

Just as Sundance and Cannes command respect at the very top of the film festival wheel, the name “Tryon” rings like a bell and rolls beautifully off the tongue. The name itself sounds powerful, rich and visual, because where else in the world can you find a town so saturated with equestrian culture, artistic vitality and history, than Tryon?

2017 Becomes the Year of the Horse

Soon after the 2016 festival ended, the Polk County Film Initiative decided to dedicate the 2017 season to the respect and dignity of the horse.

“Since we had already experienced major success with the 2015 premier of ‘Harry & Snowman’ we had confidence that a more dedicated equestrian theme would bring more excitement to our town. Further, just after we released the news of our equestrian theme, we were immediately contacted by Lisa Diersen of the EQUUS Film Festival in NYC, requesting to be included in our festival,” said Beau Menetre, festival co-founder.

Diersen and her business partner, Diana De Rosa, went to work populating the equestrian film category with their film picks, while informing each film’s director that their films had just been accepted into Tryon International Film Festival.

The EQUUS team quickly assembled a handpicked collection of curated films chosen exclusively for this year’s festival with the Tryon Theatre being their dedicated venue.

With well-known actors like William Shatner, Linda Hamilton, Meg Foster and Mariette Hartley in play and appearing in other feature films, one film was picked as the most appropriate for the gala opener.

“Into the Spotlight: The Journey of an Equine Theater Horse,” directed by Yvonne Barteau, made the cut with a film that epitomizes the true theme of “It’s all about the horse.”

During the days of the festival, the town and attendees can expect to see an influx of filmmakers from around the world, including the entire cast of “Into the Spotlight” with six of their theatre horses in tow.

Kim and Christian Oliver of Edge Brewing have stepped up to sponsor and coordinate the logistics of moving the film’s team of actors and horses from Chicago to Tryon. While here, Barteau and her team of trainers and dressage riders will be performing to an overflow crowd at the Tryon International Equestrian Center, during their Saturday Night Lights event.

The Tito’s Experience: Cocktail Party and Art Show will be another treat to electrify the downtown area, with world-class artists and photographers displaying their art at Carri Bass Studio on Saturday evening.

With approximately 60 films scheduled to run in five screening locations over a two and a half day period, the 2017 Tryon International Film Festival is all but tacked up for a wild ride.

The 2017 Tryon International Film Festival begins on Friday, October 27 and runs through Sunday, October 29. Tickets are available at the Tryon Fine Arts Center and online at www.tryonarts.org. For more information on how you can be a part of this wonderful event visit tryoninternationalfilmfestival.com or call 864-414-7765. •

Hell On Earth: The Fall Of Syria And The Rise Of Isis

Chaos In The Kalahari

The Last Nomads of Everest

The Spirit of Nina in Buffalo

Out of The Wild

The Only Thing Certain

When the Howls Find Us

Born to be a Cowboy

Stallion of A Dream

Riding My Way Back

All the Wild Horses

They Live in Forest

A scream that’s trapped inside

Talking To The Air: Horses of The Forbidden Kingdom