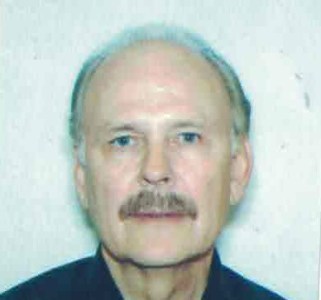 TRYON – Robert Gordon Martlock, 85, of Tryon, passed away, Thursday morning, March 17, 2022, at Upstate Community Hospice House.
Born July 10, 1936, in Detroit, Michigan to the late Gordon and Ann Kudlas Martlock. He graduated from Madison High School in Madison Heights, Michigan, and attended Lawrence Institute of Technology where he studied mechanical engineering. He worked on the Red Stone Missile and Jupiter C nose cone for Chrysler Corporation from 1955 to 1957. He entered the U.S. Army serving from 1957 to 1959 and served with the Seventh Army in Germany. After returning home, he entered the automotive engineering and design field with General Motors and Chrysler’s automotive division. He spent a total of 43 years in automotive design eventually retiring from GM in 1992.
He and his wife Mary moved from Michigan to Tryon in 1994. While living here, he was president of the Godshaw Hill residents’ association for two years, served on the Tryon Planning Board for six years, and was a volunteer at St. Luke’s Hospital for over ten years. He was also a member of the Tryon Country Club for fourteen years.
In addition to his parents, he was preceded in death by a brother, James Martlock.
He is survived by his wife, Mary Martlock; one son, Steven Martlock (Cathy) of Warren, Michigan; one daughter, Cindy Martlock of Socorro, New Mexico; one sister, Sharon Williams of Mt. Clemens, Michigan; four grandchildren, Andrew, Jennifer, April, and Joey.
A funeral mass will be held at 10:00 a.m., April 8, 2022, in St. John the Baptist Catholic Church, Tryon.
An online guest register is available at mcfarlandfuneralchapel.com