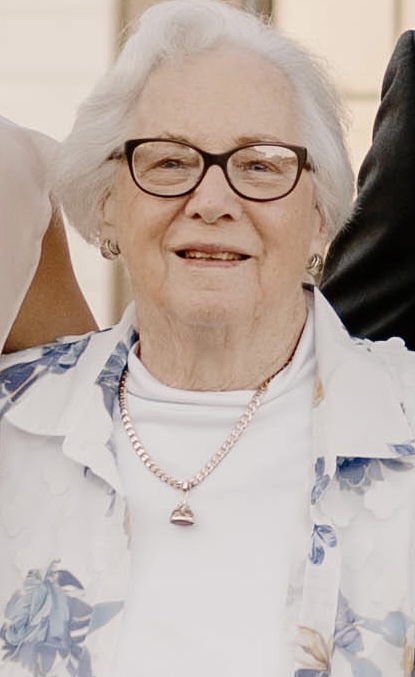 She was born in Arcadia, LA, and was the daughter of the late Harry Clayton Sanders and Mary Ida Fortson Sanders, both of Baton Rouge, LA. Her birth mother, Mildred Smith Sanders, died when Liz was two years old.

She was preceded in death by her husband, Charles T. Easley, of Columbus, NC; her brother, Harry Clayton Sanders Jr., and his wife, Evelyn Paine Sanders, of Hickory, NC; as well as her cousin Jean Gibson Sneed and her husband, Harry Sneed, of Gulfport, MS.

Liz is survived by her three children, Charles T. Easley Jr., and his wife Nancy Bell Easley of Columbus, NC; Jeffery Clayton Easley, and his wife Gwynne Dilys Craven of Adelaide, South Australia; and Lynn Elizabeth Easley, and her husband Michael A. Eyre, of Tryon, NC.

She also is survived by her nephew, Jimmy Sanders, and his wife Monica Delanoy, of San Antonio, TX; her niece, Susan Sanders Wilson, and her husband Charles Wilson, of Port St. Lucie, FL; her cousins John Sneed of Gulfport, MS; and Elizabeth Sneed Wethern, and her husband, Michael Wethern, of Mandeville, LA., and their daughters, Lauren Elizabeth Olsen and her husband, EJ Olsen, of St. Charles, LA, and Merideth Chanler Wethern, of Baton Rouge, LA.

Liz will be remembered as a woman of great grace, generosity, warmth and enduring optimism, who lived her well-travelled and extraordinary life to the fullest and always thought of others before herself. She will be greatly missed by all who knew her.

Liz requested there be no funeral or memorial service. In lieu of flowers, she also asked that her friends make contributions to their local library or humane society in her memory.