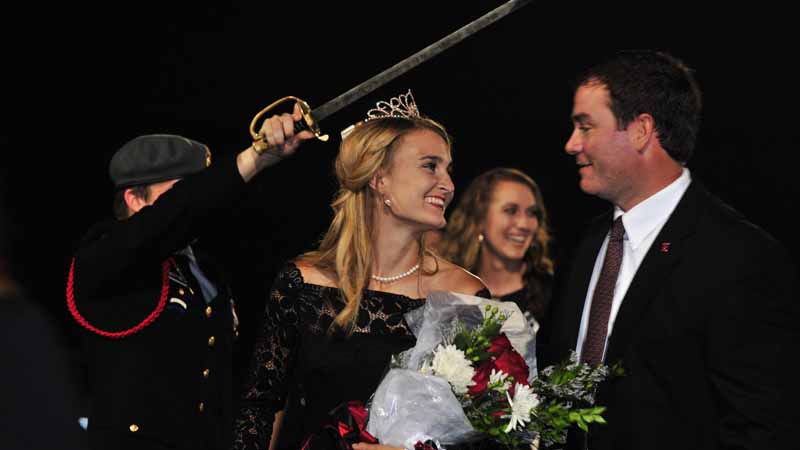 Sarah Price, center, has starred in softball and basketball for Landrum, but on Friday night, Sept. 22, Price was selected as the Landrum High School Cardinals’ Homecoming Queen. She is flanked by a member of the school’s JROTC squad and Landrum High School’s principal, Jason McCraw. The happiness from the crowning, however, was short lived, as the Cardinals lost that night’s game to Walhalla, 51-0. The full story can be found here. (Photo by Mark Schmerling)