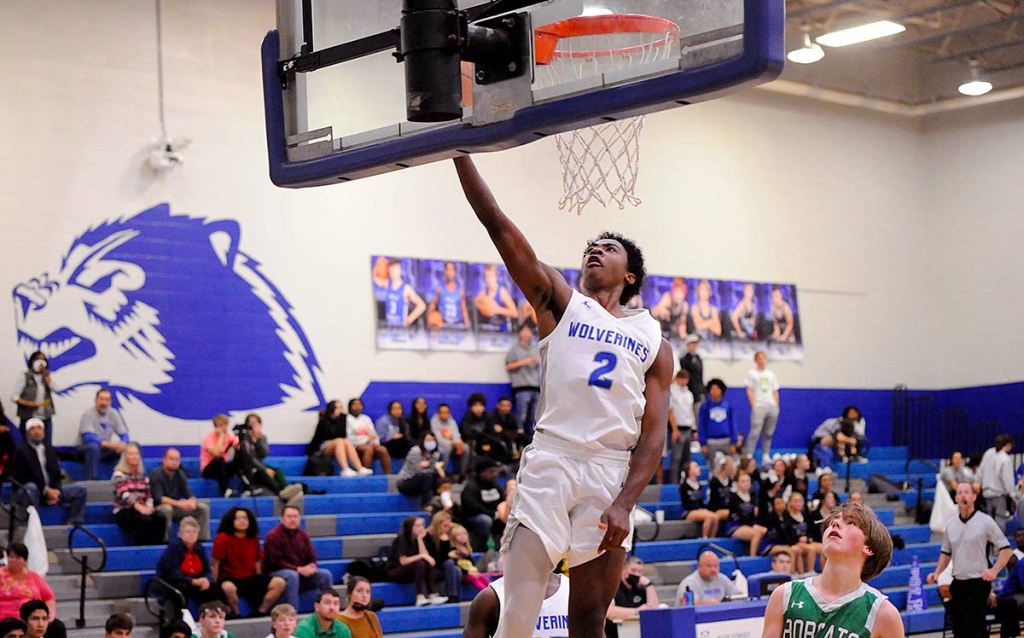 Who would take the key shots and produce offense for Polk County’s boys basketball team hasn’t been in doubt the past couple of seasons.

But with former standout and 1,000-point scorer Dominique Carson having graduated, the Wolverines are looking for a more balanced approach this season to answer to that always-important question.

“This may be the best passing team we’ve had here,” said head coach Lemont Jones. “I keep bragging on that. We’re still young, but we’re coachable. This group, they’re smart kids.

“They’ve been a pleasure so far. I think this is going to be a good year for the Wolverines.”

Key returnees: Carson may be gone, but a trio of returnees should lead the way in replacing his scoring output as Polk County opens its season Tuesday at home against Piedmont Community Charter.

Senior guards Kris Littlejohn and Mackus Simpson will lead the backcourt, with junior Antonio Simpson driving things in the frontcourt.

“Antonio can be as good as he wants to be,” Jones said. “With his basketball skills, he can be a dominant force when he turns it on.

“We’re looking for big things out of Mackus. He’s going to be our shooter. With Kris, where he goes the team will go. We played three scrimmages the other day and won two out of the three, and Kris led the charge. He passed the ball well and ran things.”

New faces: Jones has high hopes for junior Avery Harden, who has returned to the program after a season away.

“I’m glad to have him back,” Jones said. “He’s going to give us a little size on the inside.”

Junior Khalil Watley moved to Polk County in the spring and will provide backcourt help. Joining Watley on the roster will be a pair of freshmen, Aaron Jackson and Gunnar Alm.

“They both know how to play basketball. They’ve just got to understand the system right now,” Jones said. “They’re learning how to run plays and not just depend on their athletic ability, because they both have that. But both of those guys are going to be good players. They’re going to get a lot of minutes.”

Around the league: Jones sees East Rutherford as the favorite to win the Mountain Foothills 7 Conference, with the race wide open thereafter.

The Cavaliers feature 6-2 sophomore Dacen Petty, who averaged 11.8 points per game as a freshman, as well as senior guard Tylier Barksdale (13.3 ppg) and 6-2 senior Grayson Burleson, a newcomer to the program.

Hendersonville lost Dwight Canady to graduation and Keenan Wilkins to Christ School, but will welcome back 6-6 sophomore Malachi Simpson. Another sophomore standout, Mikey Wilkins, is back at R-S Central, with 6-4 junior Randan Clarke a key factor for Patton and 6-7 Addison Archer back at Chase.

“This conference, I think it’s up for grabs other than East Rutherford,” Jones said. “He’s got everybody back and they looked good this summer. Hendersonville still looks good, but he lost that 50-point combo.

“I think our group could be really special. I keep telling them that you guys can really be as good as you want to be because they all can pass the ball and they all can put it in the basket.

“It’s going to be an interesting year. I expect big things out of this group.”