PCHA’s Night at the Museum educates and entertains 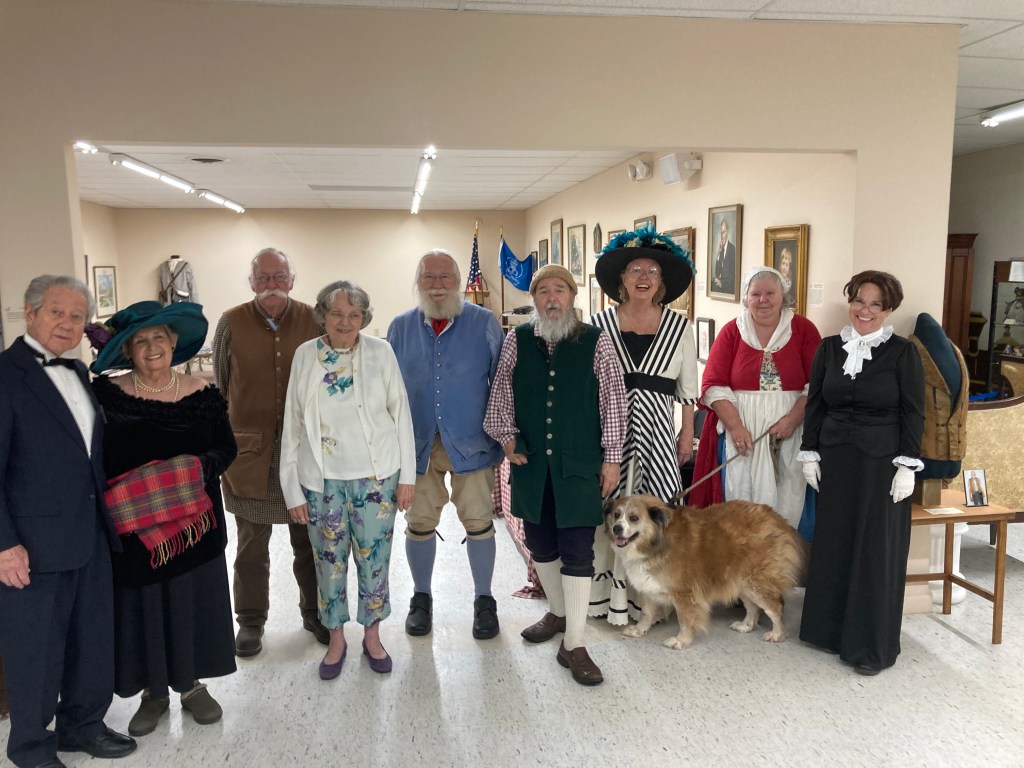 On Tuesday evening, the Polk County History Museum came to life as a half-dozen reenactors took part in the ‘Night in the Museum’ event, telling stories and entertaining attendees of all ages.

“In the past, we heard from people that they often could not attend our daytime programs because they had to work,” said Pat McCool, President of the Historical Association. “Our ‘Night At The Museum’ event is intended for everyone.”

Only at such an event could you see infamous moonshiner Bettie Sims, played by Frances McCain, in the same room with one of the founders of Polk County, Columbus Mills, reenacted by descendant Ambrose Mills.

The area’s first female doctor, Mary Elizabeth Hughes, played by Kimberly Granville, showcased how charitable acts and goodwill are long remembered. Helen Stearns, portrayed by Susan Speight, told stories of her character’s father, Samuel Stearns, the man who developed White Oak Mountain and helped develop the school system. The first female member of the board of commissioners, Opal Suave, was played by her niece, Phyllis Martin.

The Overmountain Men, portrayed by reenactors Bob Martin, Tom Vaughn, and David Doan, attended the event with their collection of revolutionary war antiques and a large variety of antique rifles. They were accompanied by Carol Martin, who showcased a collection of toys from different eras.

While the museum only occasionally comes alive at night, the Polk County History Museum at 60 Walker Street in downtown Columbus is open to the public on Thursdays from 10 a.m. to 1 p.m. and on Saturdays from 10 a.m. to 4 p.m. all year long for those wanting to learn more about the characters and history that helped make Polk County what it is today.