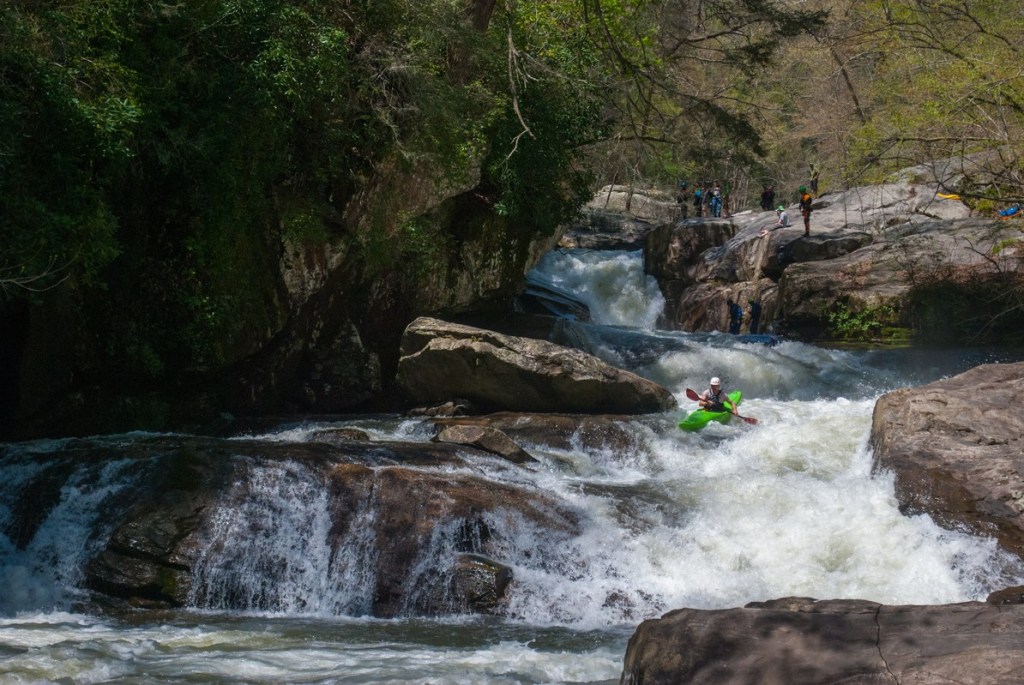 SALUDA–For the 27th year, thousands of spectators made their way to the section of the Green River known as the Narrows to watch 170 of the best kayakers compete in one of the most extreme whitewater events in the world, the Green Race.

This Green River Narrows Race has developed a reputation with boaters and fans, bringing in competitors and visitors to Saluda from all around the world. The event was even mentioned in the national news by NPR and CNN.

“We come to this event every year,” said Brigitte Wolters of New Hampshire. “It’s a beautiful place to camp, and we make new friends every year. And, the race is truly amazing to watch. We recommend attending to any fans of the outdoors and kayaking.”

With names like Gorilla and Bride of Frankenstein, one doesn’t need to know much about kayaking to know the Class V rapids have earned their names from the challenge they present to even the most seasoned kayaker.

The race, which was live-streamed, is billed as the “Greatest Show in all of Sports,” something one might not expect to find off of Green River Cove Rd. in the middle of the Saluda woods.

Dane Jackson is the favorite in almost any whitewater kayak competition he competes. Still, he has a special relationship with the Green Race, having run in it since he was 16. Placing first in the men’s division, this year was Jackson’s fifth consecutive win. Jackson broke his own record by surpassing the four-minute milestone, with a time of 3:58.68.