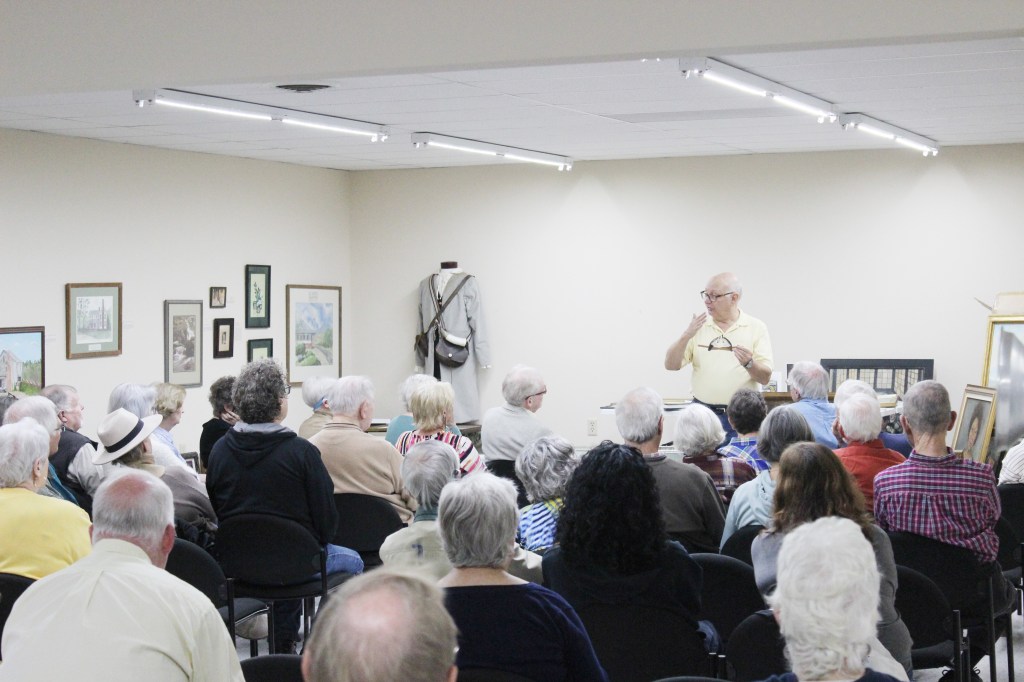 COLUMBUS–From all over the county, art lovers, collectors, and artists arrived at the Polk County History Museum in Columbus this Saturday to learn and share Polk County’s art heritage, and learn how it garnered its reputation as one of the premier artist’s colonies of the late-1800s to mid-1900s.

The morning gathering was highlighted by a talk from local author and art collector Michael McCue. Over the years, McCue has developed an expansive knowledge of Polk County’s art history.

“It used to be when the books mentioned the artist’s colonies that developed around the country in the 1800s and 1900s, they mentioned Santa Fe and the ones up North, but they never mentioned the South,” said McCue. “As time has passed and we’ve learned more, it has become clear Polk County was certainly one of the preeminent colonies not just because of the artists that lived here but those who also visited.”

McCue’s talk focused not only on the creators but also on the many local citizens that supported the arts. This attracted many artists and helped spur the local arts and crafts movement of the early 1900s. Toy builders, potters, woodworkers, and metal workers all added to the rich tapestry of the area’s diverse artistic heritage.

One of the notable artists mentioned was Thomas Eakins, the famed Pennsylvania realist, photographer, and educator. His painting of Tryon resident Amela Van Buren hangs in the Phillips Collection in Washington, D.C., showcasing the vastness of the artistic influence of such a small county. Many works depicting places and people from the area hang in private and public collections, along with so many great pieces that were created here.

The works of Amelia Watson, a close friend of Willaim Gillette, and Tryon native Louis Rowell were also mentioned, as they did some of their most well-known work here. Others discussed were artists born in the area, like child prodigy Lois Wilcox, whose work can be seen at Skyuka Fine Arts.

Magnificent pieces of art that can currently be found throughout the county were included in the discussion. Pottery by Rich Williams, a noted potter, can be seen at the Lanier Library. A Stella Sassoon portrait of the first black female school board member Shirley Massey hangs at the Tryon Fine Arts building.

After McCue’s talk, local art owners and listeners got together in small groups to talk and share the stories behind their paintings, some of which are rarely seen as they are part of private collections.

“There were a lot of very creative and accomplished people that would come here, be here, and live here,” McCue explains. “(Polk) got the reputation as a colony where interesting people came, and it’s a reputation the county maintains to this day.”