The hills of Saluda are alive with “the Sound of Music” 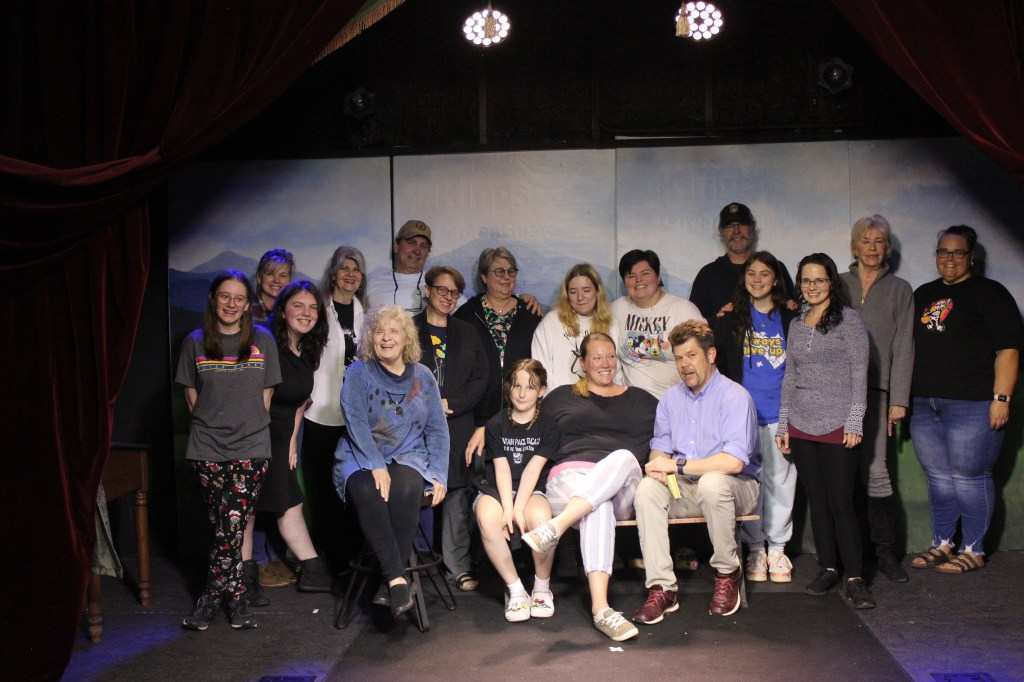 Last week, tickets went on sale for Mountain Page Theater’s next production, the Sound of Music by Rodgers & Hammerstein, which will have four performances over the weekends of November 26 and 27, and December 3 and 4.

One of the more exciting community projects in Western North Carolina is in a nondescript building a few miles down Mountain Page Road in Saluda, where the Young Acting Krew (YAK) and Mountain Page Players have taken up residence at  Mountain Page Theater. The theater is the brainchild of former Clemson professor and author Corrinne Gerwe. Corrinne’s enthusiasm for the actors in her charge is only outdone by her love and ambition for the area’s children.

Gerwe, who has a Master’s in Education and Ph.D., established Mountain Page Theater partly because of her experience working as a psychologist with troubled adults and her belief that children introduced to the arts can use creative outlets to learn to express themselves in the present to avoid future troubles. Mountain Page Theater serves as an after-school program; children can participate for free.

“This is a place for the children to express themselves; to let what’s on the inside out,” Gerwe shares.  “To put it simply, after years of working with people with problems, it’s important to introduce young people to the creative arts to show them there is more to the world than problems. There is the world of art and so much more.”

Corrinne has been amazed and thankful for the local support from the community and its participation. The program has had as many as 34 kids at one point, and several have recently headed off to college. She gives credit to the town of Saluda, the volunteers, the actors, and particularly Hilda Pace, who owns the land where the theater is located. Hilda generously offered the building’s use to honor her mother, who was an active supporter of community theater in the area.

One of the young actors, fourteen-year-old Alexis Gish, who plays an angry nun in the musical, expressed several times how much the Theater meant to her. “The community here is great, and what Corrinne does for everyone is wonderful,”  Gish said. “I love that the theater allows me to play different characters and explore different personalities. Most of all, I love showing people what I’m capable of and can do.”

Director Kersten McGeary describes Mountain Page Theater as “doing big things in a small theater.” Kersten has six kids participating in YAK, three on the crew and three on the cast. She grew up in the theater but moved away from it, before being beckoned back by her children’s participation in the program.

“This is our version of Sound of Music shaped for the town of Saluda,” McGeary explained. “We’ve made it work for the constraints of our small theater, but we’ve been able to keep the best of everything, especially the music.”

“This little theater, thanks to the community, is doing something I’ve never seen,” Rutherford said. “I find it fascinating how the kids and adults have come here and found the dignity of creative self-discovery and learned to express themselves without fear of failure”

Mountain Page Theater is located at 1303 Mountain Page Road in Saluda. On Saturday, November 26, and Saturday, December 3, Salzburg Festival cuisine will be served at 5 p.m., with theater doors opening at 5:30 p.m. for a 6 p.m. showtime. On Sunday, November 27 and Sunday, December 4, doors open at 12:30 p.m with showtime at 1 p.m., and Salzburg Festival cuisine will be served after the show. For tickets and more information, visit their website at  https://mountainpage.theater/ .