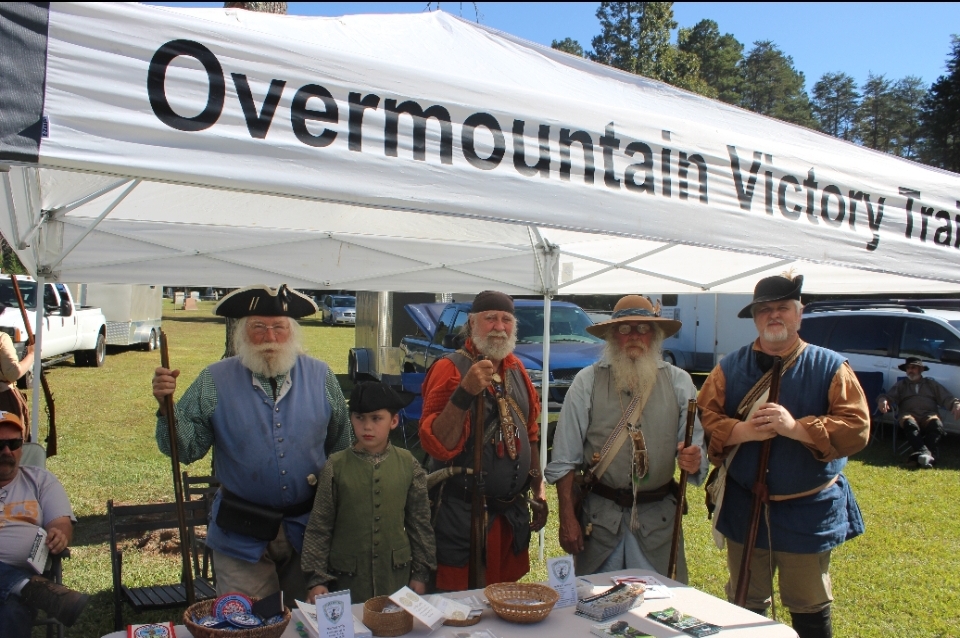 Most fans of American history in this area know the story of the Overmountain Men, a band comprised of numerous volunteers from Polk and Rutherford Counties that helped win the Battle of King’s Mountain. Now everyone heading up and down Highway 108 from Polk County to Rutherford will be able to learn about the heroic volunteer band of Revolutionary War riflemen.

The Overmountain men were named because they came from towns west of the Appalachian Mountains in North Carolina, Tennessee, and as far away as Kentucky. They would stop at Alexanders Ford in Mill Spring at what is now the Bradley Nature Preserve on Gray Chapel Church Road. Gray’s Chapel is also where the unveiling ceremony for the marker would begin. Numerous reenactors in full Revolutionary War attire, Park Rangers giving tours of the trail, and folks from around the community gathered to learn more about the historic journey. Before heading to the actual marker on Hwy 108 in cars and buses, pull the cover off and unveil it to the world. 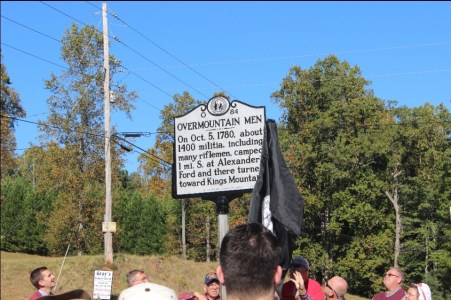 County Manager Marche Pittman placed much of the credit on Terry Bradley, “Terry put a lot of effort getting the marker placed here in Polk County. It’s not an easy thing to do, and it’s a big deal for us around here.”

Terry Bradley had several ancestors volunteer to join Colonel Hampton’s ragtag militia. Mr. Bradley says, “I’ve been working ten years since the dedication of the Bradley Nature Preserve to get a marker placed. I had to make a lot of calls and called everyone I could. I finally found out I needed the help of the Historical Society of North Carolina, and with their help, we were finally able to get it done.”

The Overmountain Men and their local volunteers would help provide a decisive victory at the Battle of Kings’ Mountain forcing General Cornwallis to retreat South. To learn more, visit polkcounty.gov/bradley_nature_preserve_at_alexander_s_ford.