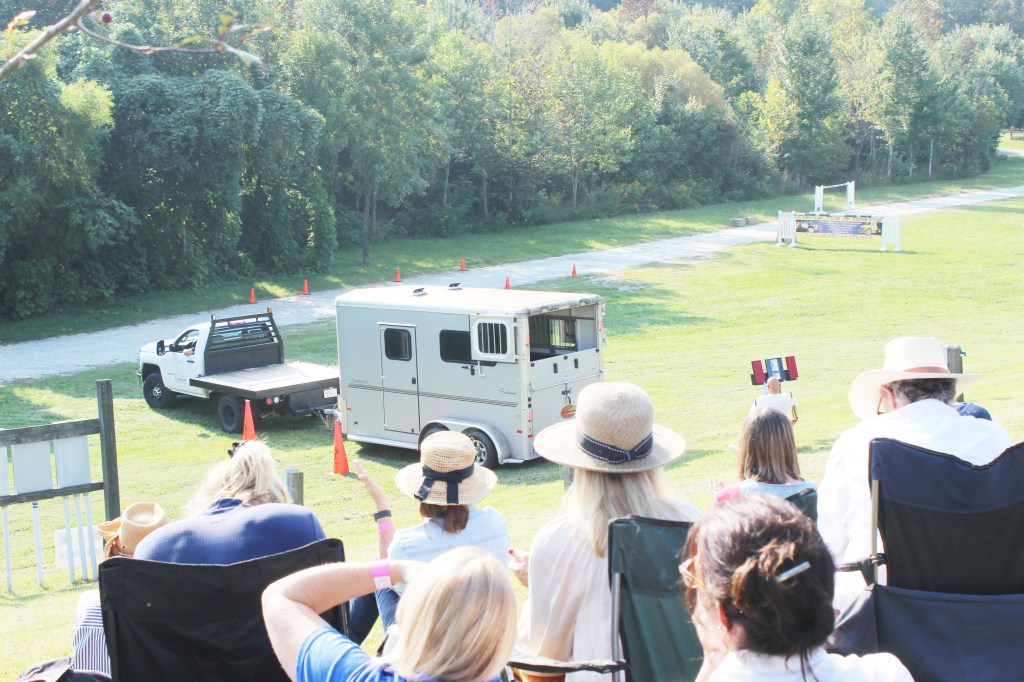 At the Rig Gig, an event held at FENCE on Saturday, drivers competed to see who was the best at backing a horse trailer through an obstacle course. (Photos by Storme Smith / Tryon Daily Bulletin)

Have you ever thought you could back a trailer better than your neighbor? If so, the Rig Gig, an event dubbed a “rodeo for horse trailers” held at FENCE on Saturday, September 17, was the competition for you.

The Rig Gig is the primary fundraiser for the Sporting Hounds Foundation of Tryon, a nonprofit organization that helps to rehome hunting dogs who have either aged out of their ability to keep up with the pack or who have been injured.

The event featured drivers who competed on a course of curves and obstacles before backing their trucks and horse trailers into a tight set of traffic cones, all while being timed. The competition was broken into two categories, bumper pull and gooseneck, with drivers penalized for knocking over any cones.

Truck horns and classic marches provided musical accompaniment to the awkward yet entertaining attempts to simply maneuver and back a trailer. The winners of each category were awarded a bright silver trailer hitch trophy. The Rig Gig also had a live band, with dinner and dancing, all capped off by several raffles of both equestrian and non-equestrian prizes.

The winner in the bumper pull category was Justin Pierce of Pierce Tires, who was also one of the primary sponsors of the event. He beat out Tyler Wilkins of Clement Farm & Barn by 8 seconds. Anita Williamson, driving for Bonnie Lingerfelt and Re/Max Realty, won the silver trailer hitch for the gooseneck category. She edged out Kerrie Pennington, sponsored by Jim Ritchie & Associates, and Kaitlyn Kubiak, sponsored by Pagan Gilman-Lisa Seger Insurance, who finished second and third respectively.

Next year’s Rig Gig will take place on Saturday, September 16. Anyone interested in donating or learning more about the event, or the host charity Sporting Hounds of Tryon, should visit sportinghounds.org.