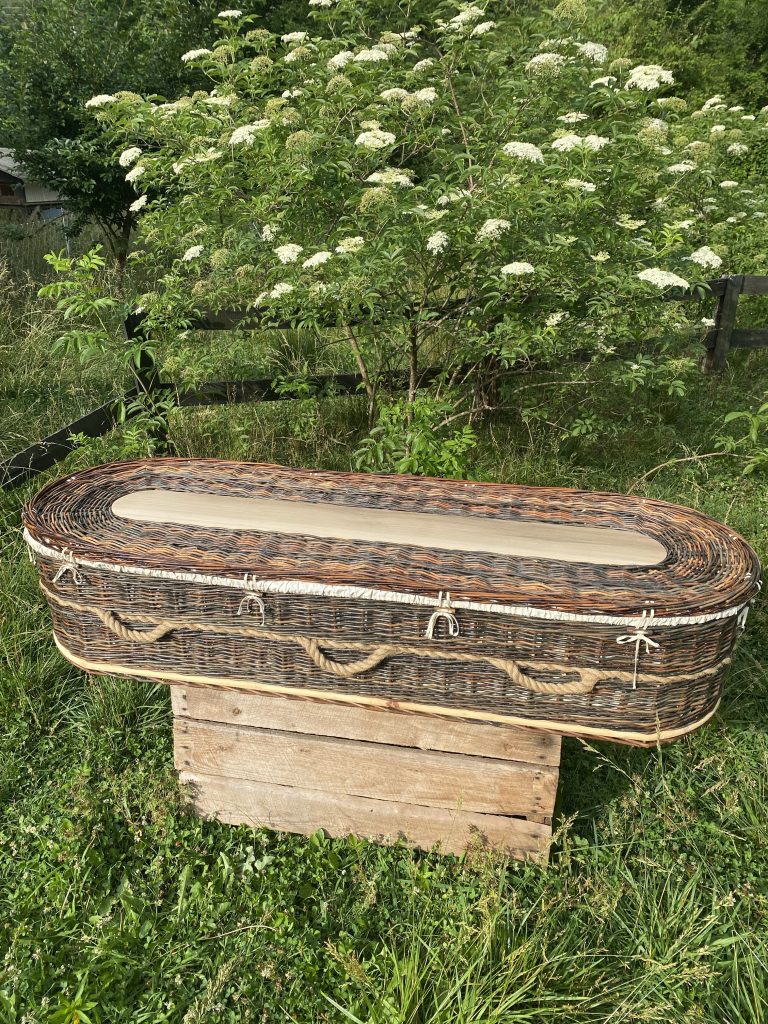 SALUDA – Sarah Lasswell, a casket maker out of Asheville, recently has been working with the Saluda Community Land Trust (SCLT) and other local citizens to bring a green cemetery to Polk County, a cemetery that offers a burial option with minimal environmental impact.

Despite “green” burial being an option, most adults do not have the information regarding the practice when planning for their deaths, mainly due to the lack of green cemeteries.

Green burials do not use concrete, steel, or embalming fluid. Bodies are buried in biodegradable containers such as a willow casket like Laswell specializes in making.  Pine caskets, and even options like quilts or shrouds, are also used for green burials. And while environmentally friendly burials are not a new thing –  they were the standard long before the onset of the funeral home industry – it’s a trend the funeral home industry is catching on to, as many now offer more biodegradable options. 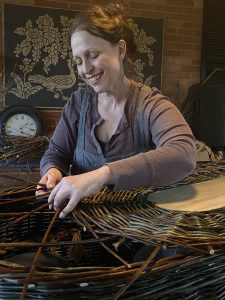 Sarah, who has been making hand woven caskets out of willow bushes for the last two years, became aware of green burials through her flower business. Since then, Sarah has taken an active role in educating those interested in learning more about the subject. When the Saluda Community Land Trust reached out to her, she and several local citizens went about figuring out precisely what would be needed. Thankfully, the SCLT has large tracts of land set aside for the project, which is usually the most challenging hurdle.

The laws in North Carolina allow for green burials and cemeteries. Residents of the state can choose a green burial on their own land since there are no laws against home burial, though some paperwork is involved and consideration of zoning rules must be taken. However, the laws around opening a green cemetery are more complex, and it is much quicker for a church or municipality to authorize one than a private organization.

The SCLT is looking to bring a nonprofit conservation burial cemetery to Polk County while taking the green burial concept a step further by including the land as a protected nature preserve. The Green Burial Council, a leading proponent of environmentally friendly burial practices, has certified over 200 green burial sites, the closest being the Carolina Memorial Sanctuary in Mills River.

Sarah says, “Many people don’t even know such an option existed, and there are numerous positives such as less cost and we aren’t putting more steel and concrete or more chemicals such as formaldehyde into the ground. And the land is placed in a trust protecting it for future generations.”

She also points out, “Conservation cemeteries are more like nature preserves. There are no large headstones, only a small engraved native stone as a marker. The cemeteries are well-maintained with walking paths and feel more like parks.”

Anyone interested in learning more about Sarah’s willow caskets can visit her website mossandthistlefarm.com. For more info on green burial, go to greenburialcoucil.org.