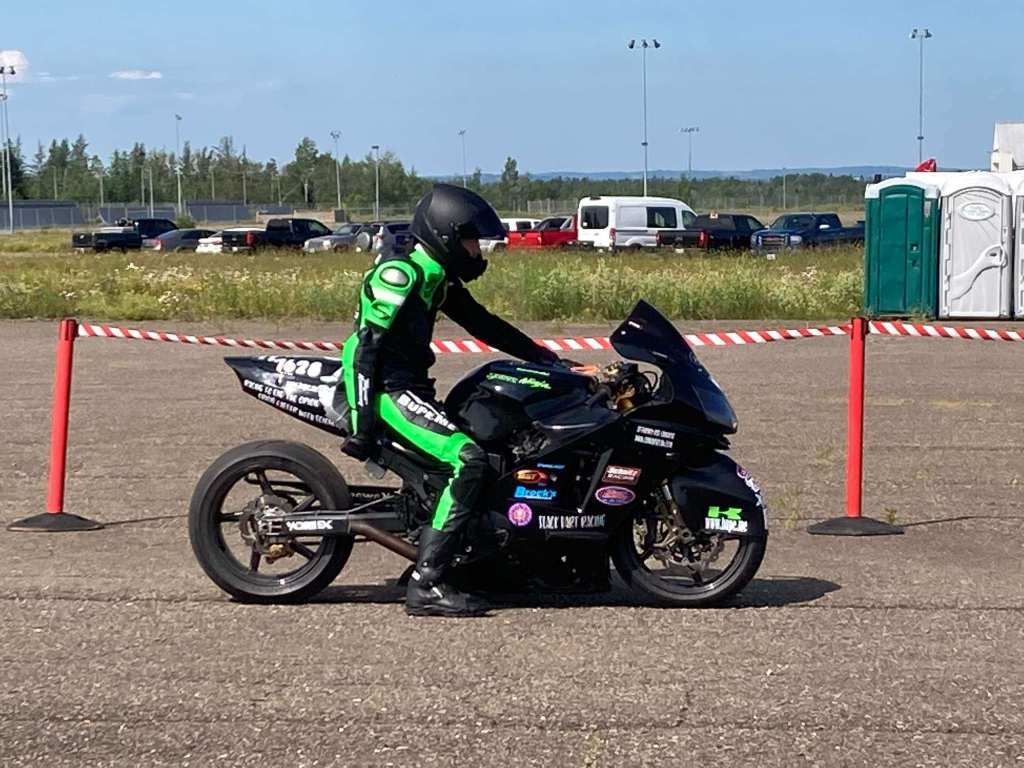 Thomas Cronan of Mill Spring set a dozen new land speed records at an annual competition in Maine last month, with a top speed of 203.6 mph.

Local motorcyclist, Thomas Cronan of Mill Spring, recently competed in Maine and came home with twelve new land speed records. The Maine Event Land Speed Trials are held every July outside Limestone, ME, by the Loring Timing Association, a certified land speed racing organization. All types of racers, cars, and motorcycles converge yearly in Maine to compete in different classes against comparable vehicles to hold the record for the fastest in their class.

Thomas says of the event, “I learned a lot about myself and my bike, and what it takes to go faster.”

Land speed racing has a long and storied history of racers like Thomas pushing their rides and themselves to the limit and their continued attempts to be the fastest in the world.

Thomas’s team Black Bart Racing, run by Bart Boucher, decided to take on the Loring Timing Association track to test several of their bikes, including a BSA Rob North Rocket 3, the motorcycle on which Thomas set eight records, with speeds ranging from 131 to 140 mph, at the event.

Cronan also set two more records at 184 and 185 mph before knocking out two more with a nitrous-equipped bike at 203.3 and 203.6 mph. Thomas’ records are made even more impressive due to the multiple surgeries he’s endured over the last three-plus years to deal with a congenital disability, Esophagal Atresia.

Thomas looks to return to the track in September in Arkansas, where he will look to set more records in the next top national land speed racing event.

The first speed record of 39 mph was set in 1898 in an electric car. Land speed racers attempting to set speed records have been featured in numerous films, most notably “The World’s Fastest Indian,” which tells the real-life story of Burt Munro, who set a speed record in 1967 that still stands today.