‘All the world’s a stage’: Fans of Shakespeare and lovers of outdoor theater are in for a treat 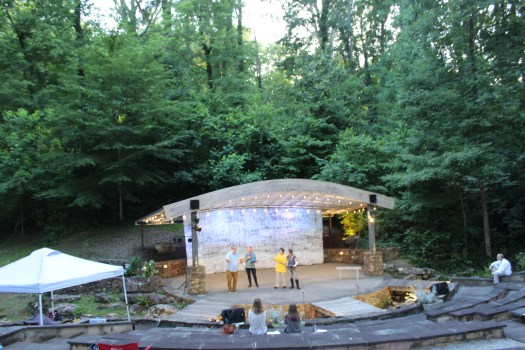 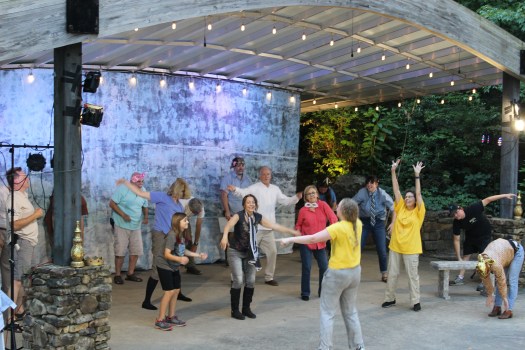 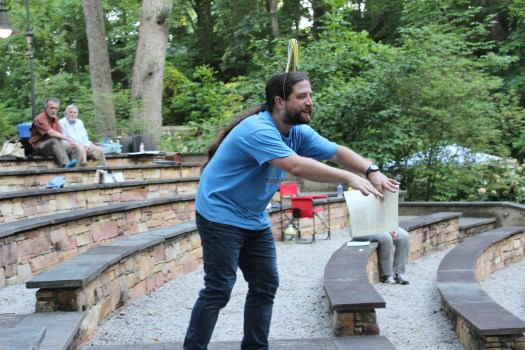 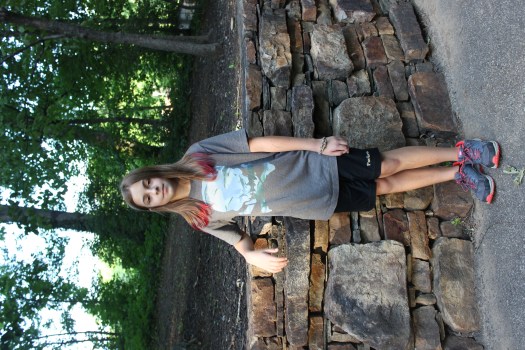 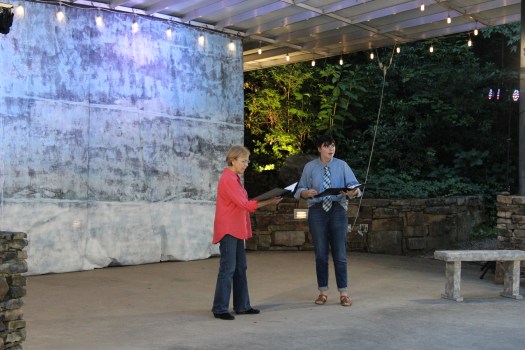 Classic plays with a twist set for downtown Tryon

TRYON — Attention all fans of Shakespeare! This weekend, local directors will  bring famous scenes from Shakespeare’s histories, comedies, and tragedies to life in Rogers Park.

The local theater group Shakespeare & Friends will be performing “Scenery: A Stage Reading of Scenes by William Shakespeare,” on Thursday, June 9 through Sunday, June 12 in Tryon’s downtown amphitheater. These unique performances consist of staged readings of seven scenes from seven Shakespeare plays.

The anthology-style show involves 26 actors and six different directors. “Scenery” is the brainchild of Michelle Fleming Newman, who along with Catherine Gillet, founded Shakespeare & Friends in 2019.

Michelle’s Shakespearian sampler has been designed to maximize the fun for the performers and the audience. Each scene has its own director and is a staged reading, so actors read from a script during the performances. Classic rock tracks provide the interludes between scenes and even cue the next. The show features several first-time actors and first-time directors.

One of those first-time directors is 12-year-old Sofia Corda, who is directing the witches’ scene from Macbeth. Her mother, Lori, directs a scene as well.

Several scenes add a twist by switching up the genders of some of the classic characters. In Hamlet’s gravedigger scene, “Alas, Poor Yorick,” all the roles are played by women, including Hamlet. In the party scene from Much Ado About Nothing, all the characters’ sexes have been reversed, with women playing the male roles and men playing the female roles.

Andy Millard, who was invited to join as a partner in 2020, tells me more about Shakespeare & Friends, and the fun-filled evening performances set for this weekend.

“We have wonderful actors, set designers/builders, and backstage folks,” Millard says. “You know those old movies with young Mickey Rooney and Judy Garland, where the whole premise was, “Let’s put on a show’? Well, that kind of describes our whole crowd. It’s all about fun for us. Fun for the actors, directors, crew, and for the audience.”

When asked about the importance and relevance of Shakespeare in modern times, Andy adds, “They say there’s nothing new under the sun. Shakespeare is one of the keenest observers of human behavior the world has ever seen, and what was true then is true now. His wisdom still applies today.”

You don’t want to miss out on this delightful, family-friendly summer event. Tickets are $10, and all four performances start at 7:30 p.m. Find out more at www.TryonShakespeare.com.