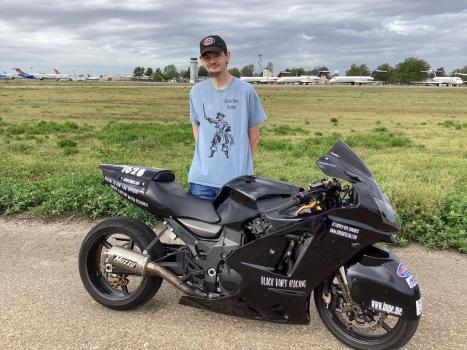 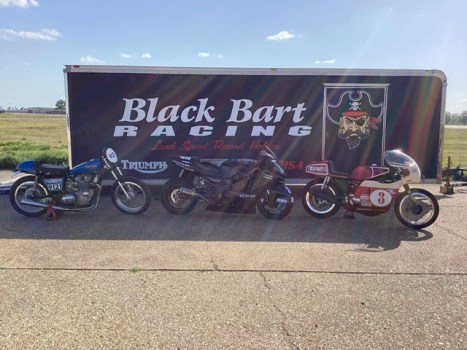 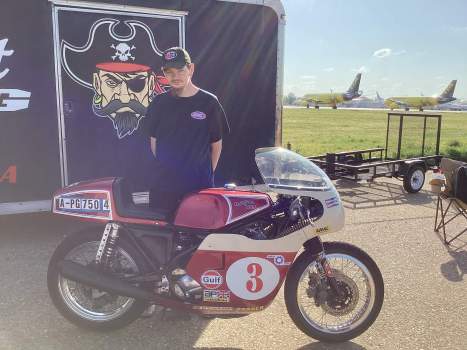 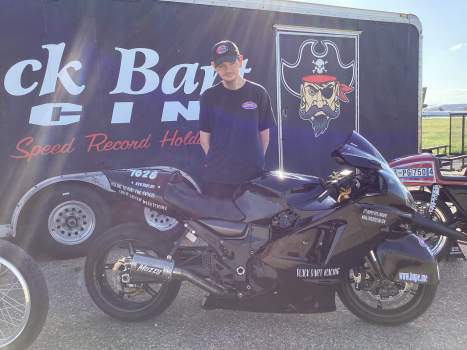 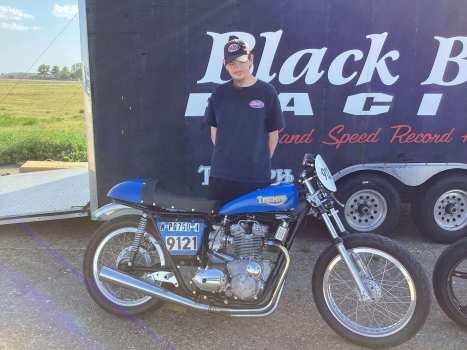 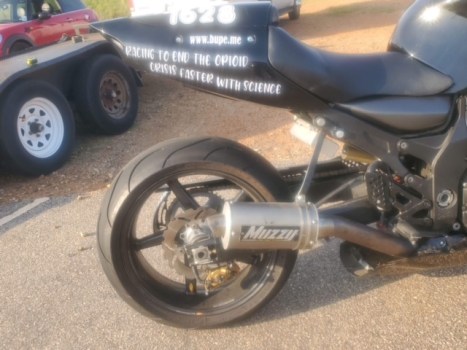 Living out his dreams

Thomas Cronan of Mill Spring started chasing his dream to race motorcycles in 2003 at the age of sixteen, with the same goal all pro racers have to set records and win trophies. This was a dream he was finally able to get back to living the weekend of April 22-24 at the Spring Fling 2022 ECTA land speed races held at the Arkansas Mile in Blytheville, Arkansas, where he ended up setting three new land speed records in his class.

It only took Thomas five runs on Friday to set his three records, although strong headwinds forced officials to cancel racing on Saturday. Thomas felt like it was more proof of what he could accomplish if given the opportunity.

Opportunities have been fewer of late due to Covid, which made the Blytheville event his first in two years. Thomas has also been kept off the track by multiple surgeries over the last three-plus years to deal with a congenital disability known as esophageal atresia. However, none of these setbacks have slowed him down. As Thomas says, “When I’m on my bike, and I’m racing, then that’s my time to put all of that out of my mind and concentrate on getting the best time I can.”

While the strong winds robbed him and his team of the second day of racing, it couldn’t keep his name out of the record books. He was supported by his team Black Bart Racing run by Bart Boucher, and his many sponsors, including CES Medical Group, Brocks Performance, World Wide Bearing, and Snitz Racing.

His runs set new land speed records in the Altered Partial Streamliner/PG750/Four-Cylinder (APS/PG750/4) class with speeds of 121.114mph in the half-mile 135.808 in the one-mile, and 136.157 mph distance two-kilometers. All were recorded by the ECTA, formerly the East Coast Timing Association, who sponsored the event.

Thomas humbly admits that he could have set several more records and exceeded the ones he did set if not for the headwinds.

Thomas doesn’t just race for himself and his team, but also for multiple causes. He hopes his success will raise awareness for esophageal atresia/tracheo-esophageal fistula, the rare birth defect he was born with where the esophagus is not connected correctly to the stomach.

He says the growing opioid crisis in America became increasingly important to him after losing a close friend, a friend that helped make Thomas’s extended hospital stays more comfortable. One of the reasons CES Medical Group is the perfect sponsor for him is their shared goal, “together, we are racing to end the opioid crisis faster with science.”

It’s clear nothing is going to stop Thomas from following his dreams. “I started on a little Honda Rebel 250 that had been wrecked a million times and had no title, so what could I do but race it.” When people saw him race, they were immediately impressed.

Since then, he has set land speed records at tracks and abandoned airfields across the country, including Texas, Ohio, and Maine, hitting speeds of up to 263 mph. All while working for the opportunity to one day race at the most famed location for land speed racing, the Bonneville Salt Flats.

To learn more about Thomas and his record-setting runs, visit www.facebook.com/thomascronanracing. You can watch a video of him on YouTube www.youtube.com/watch?v=HBZ7cj0gS6o.