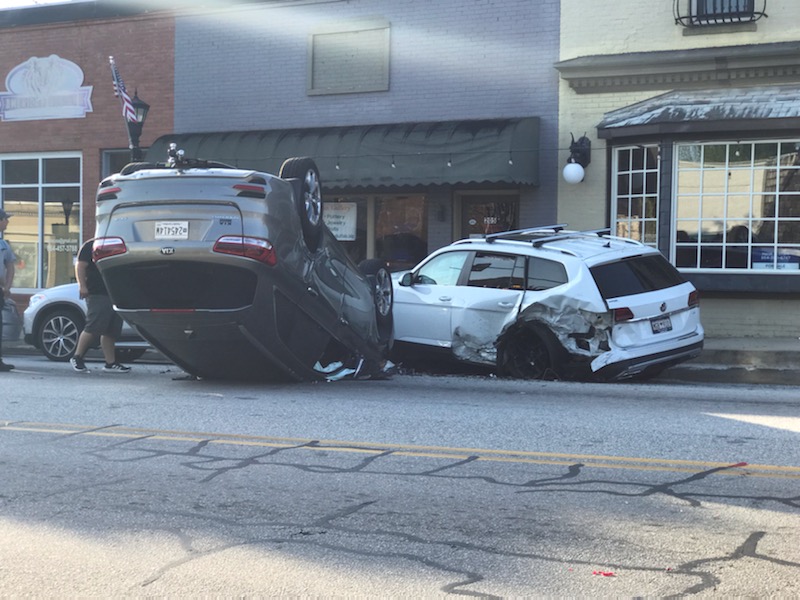 Officials at Landrum Fire Department say one vehicle overturned and struck a parked vehicle with three people inside. The vehicle also hit another parked car. The vehicles were parked in front of White Buffalo Collectibles.

According to Officer Wayne Craft of Landrum Police Department, a gray Kia turned right out of the CVS parking lot and veered into the opposite lane of traffic and onto the sidewalk. The vehicle hit two trash cans, two benches, bent a light pole and ripped one pole out of the ground.

The car then swerved back into the right lane and flipped, hitting the parked white Volkswagen with 3 people inside. Landrum Fire Department officials had to help the driver out of the overturned vehicle.

According to medical professionals, the driver of the Kia was suffering from a medical issue at the time of the accident.

All four individuals included in the wreck were taken to the hospital for treatment for minor injuries.

Also on scene were Rescue 11, Spartanburg County EMS, and the Landrum Police Department.

An earlier version of this story can be found here.