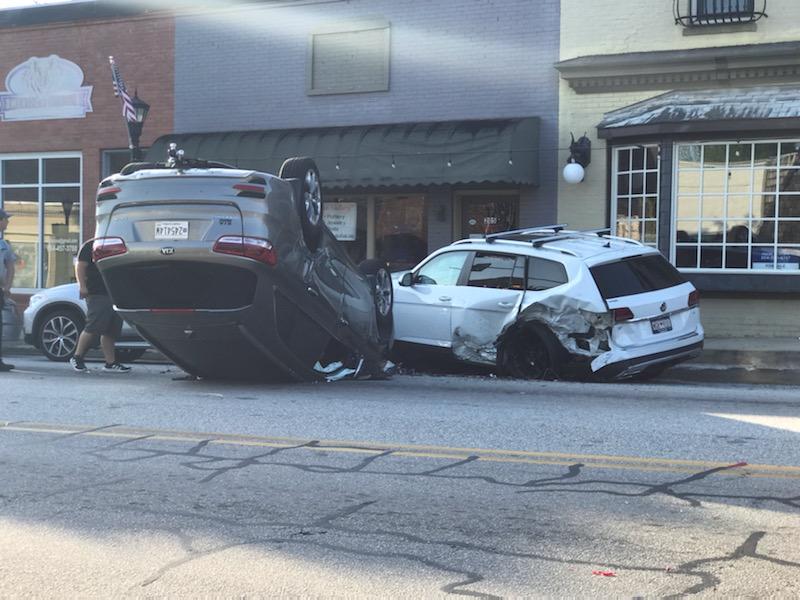 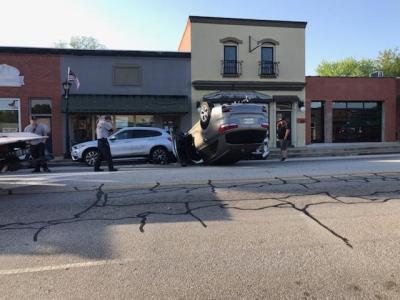 According to officials at Landrum Fire Department, one car overturned and struck a parked vehicle with three people inside. The vehicle also hit another parked car. The cars were parked in front of White Buffalo Collectibles.

Landrum Fire Department officials had to help the driver out of the overturned vehicle. Officials say they saw no major injuries, though all four people involved in the accident were transported to the hospital.

A lamppost on the sidewalk was knocked down as a result of the accident.

An updated version of this story can be found here.