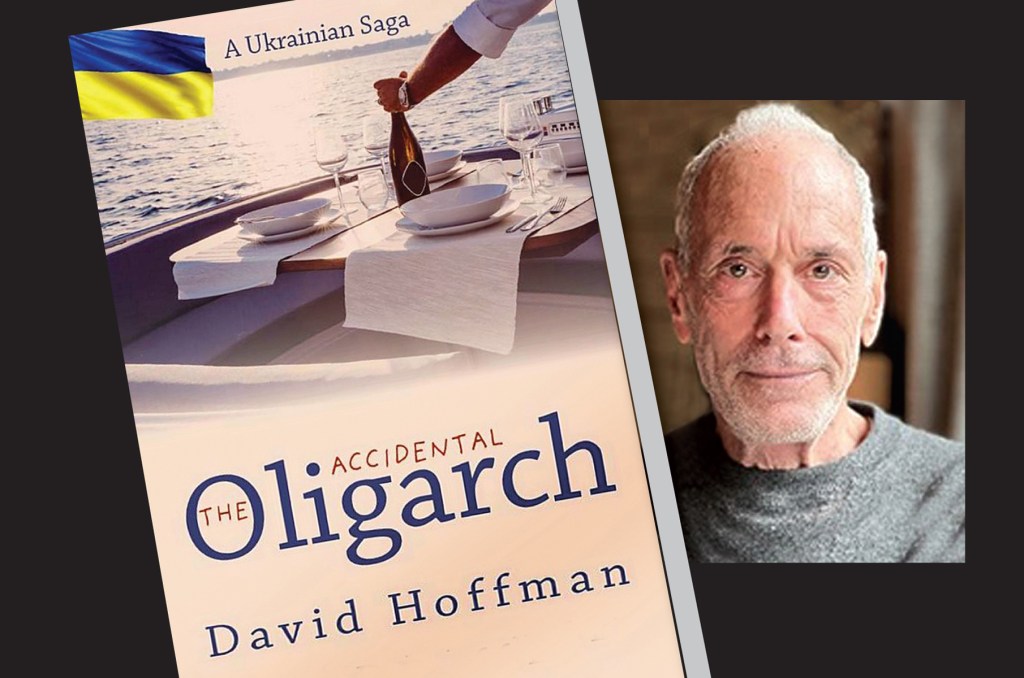 At the next Live@Lanier program, Tuesday, April 26, 2 p.m., author David Hoffman will introduce his latest novel “The Accidental Oligarch: A Ukrainian Saga.”

Tara Sonenshine, former Under Secretary of State says, “This fictional account of the 2014 ‘Revolution of Dignity’ should make Putin tremble. After reading it, I realized Ukrainians will never surrender. I couldn’t put it down.”

Kathy Calvin, former President/CEO of the United Nations Foundation, adds, “Hoffman has taken the heroic struggle of Ukraine against Russian interference and turned it into a compelling thriller/historical fiction novel that kept me up all night,”

In this first book, based in Ukraine, published since the Russian invasion, characters include Volodymer Zelensky, Paul Manafort, Oleg Daripaska, and the fictional zoo sanitation worker Yuri Yavlinsky. Yuri’s ID is stolen to create several offshore shell companies to hide an oligarch’s assets. Infuriated by the corruption that is sucking the life out of his country, Yuri uses his street smarts to hijack the companies and their billion dollars, fighting a cabal of mobsters and moguls, the government, and stealth Russian forces.

Hoffman, author of three other novels and three non-fiction books, has written political commentary for The New York Times, Foreign Affairs, The Washington Post, The Wall Street Journal, International Herald Tribune, USA Today, and more. He won an Emmy award for producing the groundbreaking US-Russia Capital-to-Capital series on ABC with Peter Jennings. Hoffman also founded Internews, now the largest non-profit global organization supporting independent media and access to quality information in more than 100 countries. Internews was instrumental in helping establish an independent media in Ukraine after the 2014 ”Revolution of Dignity.”

Book sale proceeds will be donated to support Ukrainian journalists and their families.