The Year in Review – February 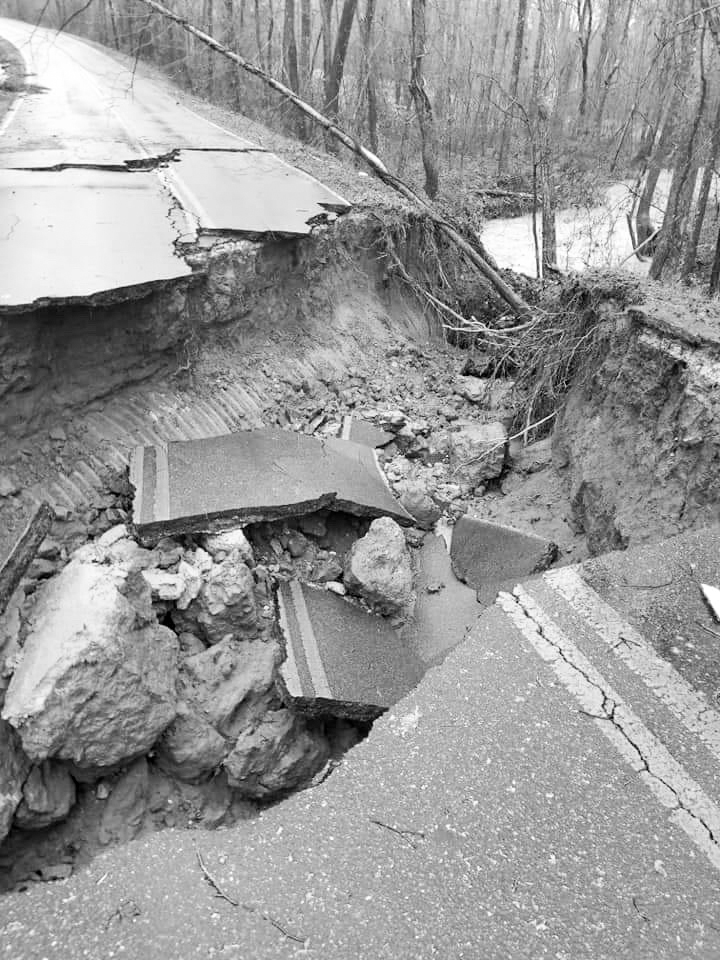 published in the Bulletin in February.

POLK COUNTY––There are two teens who are from Polk County who went missing from state custody. The public was notified that Emily Rebekah Garcia, 15, went missing from a Buncombe County facility. She was last seen in Black Mountain and has friends and family in Polk, Henderson and Buncombe counties.

Then the next day, Kaden Chance Jobe, 17, went missing from an Avery County facility. Jobe was last seen in Crossnore and has family and friends in Polk County, as well as Spartanburg and Cherokee counties in South Carolina and in Cleveland, GA.

Both teens are in Polk County’s Division of Social Services and were being housed outside the county.

LANDRUM––A Landrum man was arrested for posing at a teenager on Facebook to get nude photographs of a 13-year-old girl.

In November of 2018, Johnson pretended to be a 14-year-old boy on Facebook and made contact with a 13-year-old girl out of Upstate South Carolina. He allegedly told the girl to take nude photos and a video and send them to him, which he received.

Johnson was taken into custody and was held at the Greenville County Detention Center.

Polk and Landrum have damage after 7.5 inches of rain

FOOTHILLS––The area received a surprise snow with some schools letting out early, then at the end of the week, schools were out or delayed and officials were assessing damage from the area receiving 7.45 inches of rain in a little over 24 hours.

The National Weather Service reports that Tryon received 1.36 inches of rain, then 6.09 inches of rain the next day, but other reports from around the area include house reports of up to 11.5 inches of rain in a little over a day.

The Columbus Fire Department’s Swift Water Rescue Team had to rescue more than a dozen people from a local day care, including several children who were flooded.

Lake Lanier rose to some of its highest levels, with reports of water being 6-8 inches over the tops of docks.  Numerous roads flooded and had to be closed, and Melvin Hill Road off Highway 9 was washed away.

SALUDA––The heavy rains which brought 7.5 inches of rain to the area caused 88,594 gallons of untreated wastewater to spill in Salida.

City of Saluda officials said that the Laurel Drive lift station spilled over for approximately 11 hours.

“The untreated wastewater entered an unnamed tributary to Cove Creek in the Broad River Basin,” Saluda City Manager Jonathan Cannon said. “The lift station was overwhelmed by inflow from storm water. Pump trucks were dispatched and pumped all day to reduce dispatched volumes.”

LANDRUM––The National Federation of State High School Coaches Association has named Landrum High School’s Daniel Little as the 2018-2019 South Carolina Baseball Coach of the Year. Coach Little was specifically nominated by the South Carolina High School League as the most deserving recipient for this honor.

This year’s honorees were selected based upon their coaching performance in the 2018-19 school year, lifetime community involvement, school involvement and philosophy of coaching.

This season marks Coach Little’s 13th year as Head Baseball Coach. This year will be Little’s 7th year as Head Coach for the Landrum High Cardinals. So far, he has led the team to 4 Districts titles, 2 state championship finals appearances and an AA State Championship in 2019.

COLUMBUS––In the middle of the night, at least 3-4 Polk County residents reported break-ins in the Peniel Road and Red Fox Road areas of the county.

The Polk County Sheriff’s Office said they received multiple reports of motor vehicle break-ins. There was a confrontation at one of the crime scenes, and it is believed that the suspects fired a gun. The suspects are considered armed and dangerous. According to one victim, the suspects were driving a smaller vehicle and wearing coats and a toboggan.

There were no injuries.

POLK COUNTY––The recent changes to North Carolina’s congressional maps means that Polk County is now a part of District 11 instead of District 10, but not immediately.

County officials clarified that Polk County is now officially a part of District 11, represented by Congressman Mark Meadows (R) for all political activities, including which candidates Polk County residents will vote for.

However, for the remainder of 2020, Polk County will remain in District 10, which is currently represented by Congressman Patrick McHenry.

The new congressional districts were redrawn and approved in December. The maps were redrawn after a three-judge panel indicated it was likely to toss the previous map as unconstitutional partisan gerrymander last year.

In District 11, Polk County will now be part of the rest of western North Carolina.

Local daycare has $50k worth of damage after flooding

COLUMBUS––A local non-profit daycare center is seeking help from the community to reopen after the center suffered major flooding on Feb. 6.

Western Carolina Community Action operates a facility in the Lynn area, where teachers and staff had to evacuate 16 children from the center when the area had torrential rain that caused widespread flooding.

The building suffered damage which the landlord is taking care of, but WCCA needs about $50,000 worth of replacement furnishings, according to CEO David White. While WCCA now obtains flood insurance, the center did not have flood insurance as the building was not located in a flood zone. The building filled with approximately 8 inches of water that day.

JACKSON COUNTY––A set of Polk County missing twins were found safely. Emily and Abigail Garcia, ages 15, who had been who had been missing from a Buncombe County facility, were found in Jackson County.

Kaden Chance Jobe, 17, went missing from an Avery County facility and has still not been located.

COLUMBUS––The Polk County Board of Commissioners has pledged its support to improve US 74 to an interstate status from Asheville to Wilmington.

The Polk County Board of Commissioners approved a resolution in support of designating US 74 between Interstate 26 and Interstate 85 to a future interstate quality corridor. The resolution states US 74 needs interstate status to improve freight movement and in-state access through Southern North Carolina which has been identified in previous studies.

POLK COUNTY––Polk County has had reports of 15 small roadside fires which have been widespread. Polk County Emergency Management Director and Fire Marshal Bobby Arledge claims that someone is purposefully starting these fires.

The fires have all been small, and the wet conditions have helped them to not spread too far. Fires have been set along Interstate 26, US 74 near Pea Ridge, Sandy Plains Road, Skyuka Mountain Road, Tony Road, Forest Glen and Old 19. The fires were set at nighttime and between 3 p.m. and 7:00 p.m.

Joshua Charles Garren, 30, of Travelers Rest, SC, was charged with attempted first-degree murder.  Hendersonville Police Department responded to FastMed along Spartanburg Highway in Hendersonville to a report of someone seeking medical attention for a gunshot wound. The victim was transported to Mission Hospital in Ashville.

TRYON––Billy Slayers, a blacksmith instructor at Tryon Arts and Crafts Schools, emerged victorious on a recent episode of Emerged in Fire, a competition between four bladesmiths that airs on the History Channel.

Slayers is the owner of Yellow Rose Forge in Rutherfordton and started smithing a couple of years ago. The specific Forged in Fire episode Slayers won, there were three rounds of competition each smith crafted knives and historic weapons in an effort to with the title of Champion and a check for $10,000.

Slayers donated his winnings to various missions and hopes this victory will help him reach his goal of becoming a full-time smith.