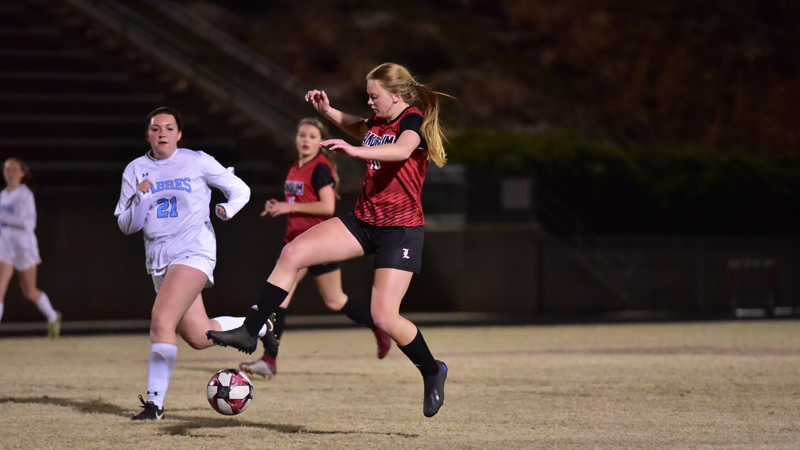 Though Southside Christian handed the Lady Cardinals an 8-1 soccer loss on Thursday, night, Riordan’s team is better than that score indicates, having defeated its first two opponents. They’re now 2-1.

The Cards’ lone goal was set up by a corner kick.

“We are having a strong start to our 2019 season, in comparison to last year,” Riordan noted. “Our first three games were excellent. The team tied Byrnes in a pre-season scrimmage 2-2. Then, the Lady Cardinals went on to defeat region team, Greenville Tech Charter, 7-6 and Blue Ridge, 3-1.

“Unfortunately,” continued Riordan, “our second region match of the year, versus Southside Christian, ended in a defeat, 8-1. As a young team, we certainly face challenges as we blend newcomers with some veteran players. The girls have positive attitudes and bring a decent amount of speed and skill, but the losses are as important as the wins. Looking forward, we will work on building cohesion at defense, coordinating more intentional approaches toward offensive runs, and learning to adapt to the different playing styles of our opponents. As a whole, I’m very motivated by the attitudes and effort of the players this season.”