Voices of the Grand Old Lady on the hill 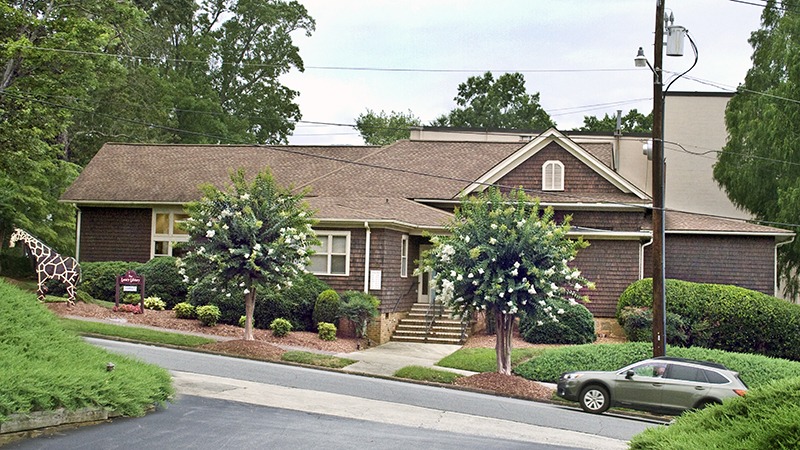 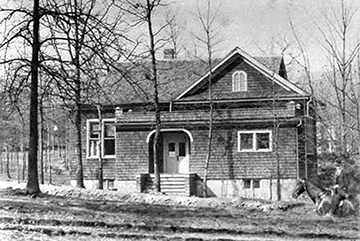 Increasing membership and acquisitions expanded the footprint of the 1905 original building. Horsepower took on new meaning, and a giraffe found its way up the hill.

Nancy Ernst has never seen any ghosts at Tryon’s Lanier Library in her 33 years working as a library assistant at the institution.

“There’s been talk about footsteps in what’s now the Holmes Room, but for me, it’s simply been a friendly old building, intimate, with many voices talking, joking,” she says.

Nancy became a library member when she went to work at Lanier in 1980, replacing Polly Bennett, who was retiring after 15 years at the circulation desk.

Nancy recalls Polly saying, “If it was quiet, I wouldn’t be working here.”

Founded in 1890 as The Lanier Club for ladies and built in 1905 at the corner of Chestnut and Melrose, the Grand Old Lady on the hill has fostered and preserved heritage ever since, while at the same time maintaining relevance and importance to the community.

Much of Lanier Library’s history is with the members and their memories, the exchanges of pleasantries and personal views on events of the day, the sharing of experiences, opinions debated and good stories made better in the telling — even baseless rumors of a haunting. 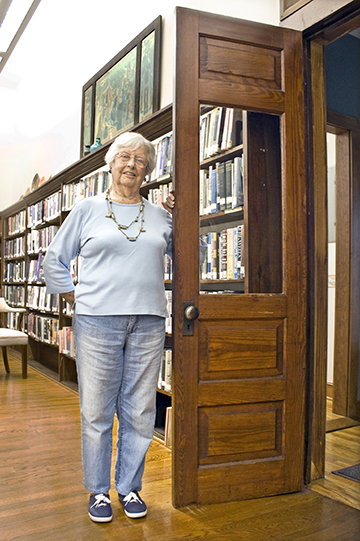 The doors on the Chestnut Street entrance have opened to members since 1905, without change. 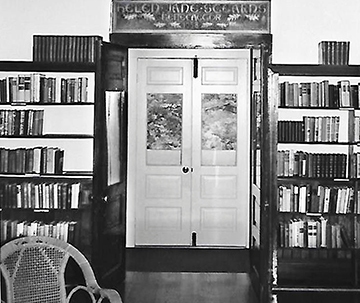 So many members, however, have taken their memories with them. Some were of nostalgic or historic value, and others important only if you’re curious about what it was like then compared to now.

Book after book came and went with quiet bumps in and out of shelves, three days a week, the same sound now heard every day except Monday. The date stamp still thumps, followed with “hope you like it” in a sincere voice.

Before 1930, the voices heard in greetings, conversations and presentations were mostly female.

In 1914, for example, Mrs. Ralph Erskine, with maps, told of “The War in Europe.” In 1927, Miss Euphemia Holden discussed “What Business Does to a Woman’s Character.”

“I thought it interesting that Lanier was once for ladies only,” Nancy says. “In my time, I remember men who gathered on Saturday morning…laughter, hearty, good-natured. Only a few times I asked them to take it down a little.”

In 1930, after breaking away from the General Federation of Women’s Clubs, the renamed Lanier Library Association expanded membership to men. In the first year, Mr. Prentice Luckey compared the values and origins of jewels. In 1937, Dr. Edward Gwathmey lectured on the philosophy of Uncle Remus.

“If you want a then-and-now story, right here was the Melrose entrance,” Nancy says, as she gestures to the three windows looking out to the “Windows of Time” sculpture. “The card catalog would have been where the present door is. The circulation counter was along the wall that’s now the opening to the great hall. The doorway into the administrative offices used to be a wall with a window.

“The offices used to be down the hall, where the restroom is now.”

She chuckles, recalling that there was a high shelf along the hallway keeping controversial books out of easy reach. “Lady Chatterley’s Lover” may have been up there.

“One of my first tasks was to replace children’s books with mysteries, and later add more large print books,” she says. “’Nancy Drew,’ ‘Bobbsey Twins,’ ‘Oz’…there just weren’t enough requests for them. Our membership was aging. But now, it seems to me, I see younger faces.”

She is pleased when entering the new children’s room.

“There used to be art books in here and, I think, business titles,” she says. 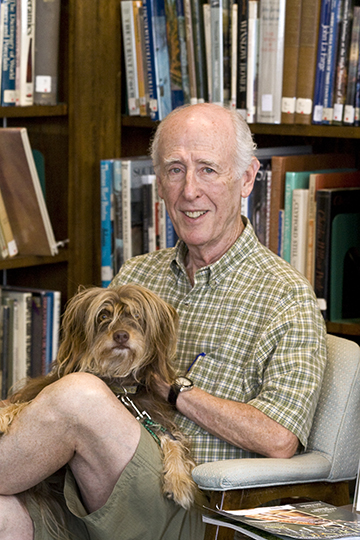 “I came here as a kid,” says Bill McCall, a retired Tryon dentist. “My earliest memory was Mom bringing me to Miss Sprinkle’s reading group on Saturday. Later, I walked by myself, then I came on my bike, speeding down Melrose.”

Bill thinks the children’s reading group, restarted by Amber Keeran, current library director, is not so much a return to the past as an important step forward for HIS library and HIS town.

“Got my membership card in 1952, and was so proud that the number was 70,” he says. “That was my number at my library, in my town, my neighborhood…wasn’t fair when I got reassigned 1140 because a computer system came in.”

Bill agrees with Nancy that, to his knowledge, the library has never been haunted, but claims that “the bust of Sidney is watching over members. His eyes move with you.”

Classical music composer Rita Landrum — a descendant of the family for which the town is named — was born at St. Luke’s Hospital in 1955. She remembers the first time her mother allowed her to reach for a book at Lanier and take it down like a big person.

A huge metal grate in the floor was always mysterious. Every visit, she had to peer and wonder what was down there.

“Not so huge anymore,” she admits. “I now know it’s the return air vent [in front of new nonfiction], but I still glance once in awhile.”

She smiles and adds, “the library probably is haunted, but in a good friendly way, not in the sense of spooky ghosts.

“Many books have donation nameplates.”

Rita selects an older volume at random, and finds the names of Miss Ruth Ferguson and Miss Dorothy Brown.

“I don’t know them, but they’re still here in spirit.”

She taps the page and then turns to the due date card. The card is stamped continuously from Oct. 20, 1984, to Jan. 28, 2018. A membership number is written next to every entry.

“Think of all the people who made this book part of their lives, and perhaps put something of themselves into it.” 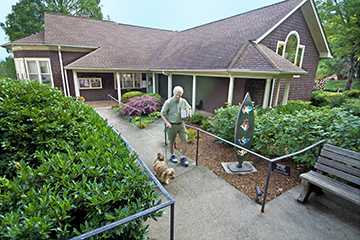 A vintage photo proves that dogs and owners were welcomed at least as long ago as 1967. Today, Bill McCall and Coffee attest that they still are. Note, though, how the front door has changed. 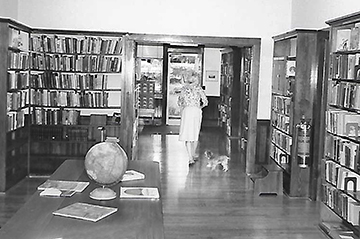 “The very first program in 1890 was about the annexation of Canada, and there have been intriguing programs ever since. We still have the nameplate program, but now with an original watercolor. I am glad that the downstairs LeDuc Room, once rented to a travel agent, is now the permanent home of our Felburn Nature Collection. And as with Polly and Nancy, I’m glad to hear members lingering, chatting, laughing.

“I will, however, probably never see a ghost here, but I keep an open mind and will let you know if anything changes.” •