Upstate band to perform at next Top of the Grade concert Aug. 24 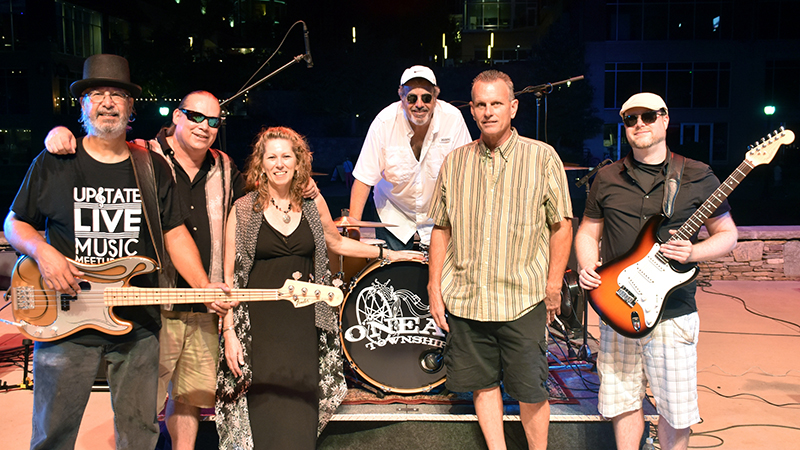 Six-piece band O’Neal Township will travel from upstate South Carolina to the small mountain town of Saluda for the next Top of the Grade concert on Friday, Aug. 24.

The show will be held on the Ella Grace Mintz Stage from 7 to 9 p.m. at Top of the Grade Park at McCreery Park.

Attendees should bring their own chairs or blankets. Food, soft drinks and coolers are allowed. Events are rain or shine, and rain events may move to the pavilion.

O’Neal Township began its formation in 2011, when Jeff Bishop invited a few people to come jam in the basement for something different to do. After about a year, the band became a six-piece group made up of two guitars, bass, drums, keyboards and lead vocals, and they were ready to take this show on the road to see where it would go.

Naming the band was the first challenge, but was quickly resolved when they chose the name of their practice base, O’Neal Township in Greer, South Carolina.

O’Neal Township is a variety band, playing pop, country, blues, rock and roll, along with some original music written by guitarist Robb Gonick.

The Top of the Grade concerts are organized by the Saluda Downtown Foundation, a designated North Carolina Small Town Main Street program, and sponsored by the Saluda Business Association.

Car show to roll back into Tryon Nov. 3