Conserving Carolina asking locals to be on the lookout for sweetfern 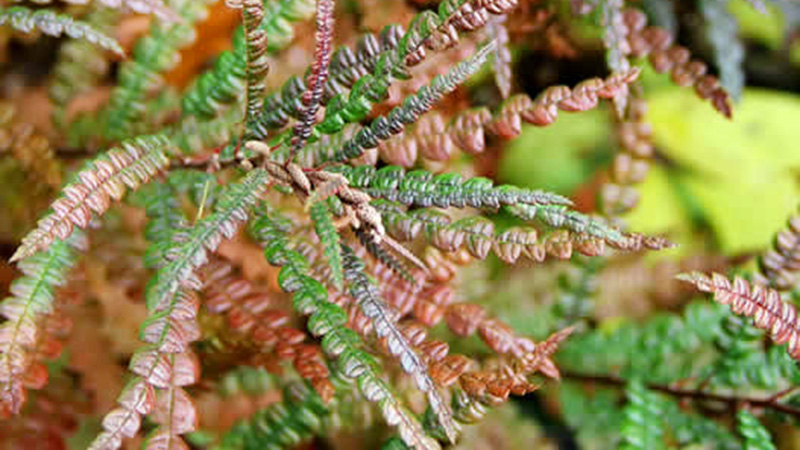 In a joint effort to expand the knowledge and understanding of the flora and fauna of Polk County, Conserving Carolina and botanist David Campbell is asking for the community’s help in locating this month’s Polk County’s Most Wanted Plant, sweetfern (Comptonia peregrina).

Despite what its common name suggests, sweetfern is not a true fern at all, but is a member of the wax myrtle family (Myricaceae). A rhizomatous shrub that may attain heights of almost 5 feet (but commonly shorter), sweetfern has alternate to sub-opposite leaves that are very aromatic when crushed or bruised.

Leaves are dark green, long  and narrow, with lobed indentations that give the plant a somewhat fern-like appearance. In the local region, flowering typically occurs in late March to mid-April, with the male inflorescence forming catkins that reach lengths of over 1 inch at the terminal end of its branches. Female flowers are much smaller, forming their own rounded catkins with reddish brown bracts. Prickly, olive-brown, burr-like fruits mature in late summer.

Sweetfern is more often encountered in the western portions of the state, but may also be found on dry ridges in the Piedmont and in some sites in the Sandhills region. Within Polk County, sweetfern has been documented from the area of Wildcat Spur, in the northwestern portion of the county. Other nearby sites may be likely and residents are encouraged to keep a lookout for it there.

Those who think that they have seen sweetfern in Polk County may send photos, questions or comments to Pam Torlina at Conserving Carolina, by phone at 828-697-5777, ext. 300, or email pam@conservingcarolina.org.

People may Conserving Carolina’s website, conservingcarolina.org/our-impact/education/, for more information about Polk County’s Most Wanted and to download and print a Pocket Guide with all of the Most Wanted plants, animals and habitats locals can be on the lookout for while outdoors.

Polk County producers have until Aug. 1 to submit…