Markell Lipscomb: A smile to remember, a life ended too soon 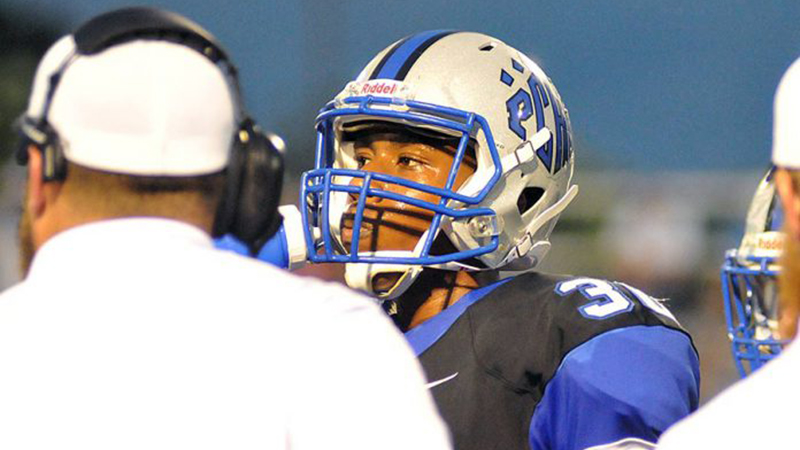 “He had one of those smiles, a beautiful smile,” recalled Shane Blackwell. “The smile is something I’ll always remember about him.”

Those who knew the smile, as well as the young man behind it, are holding its memory dear after Lipscomb died Friday from fatal injuries following a single-car accident on Pea Ridge Road near Mill Spring.

“My favorite thing about Markell was always the amount of love he had not only for the sports he played, but his teammates,” said Wyatt Derkach, a recent Polk County High School graduate. “I played on a few different teams with him the last couple of years and he was always getting everyone hype and keeping our spirits up in tough situations. 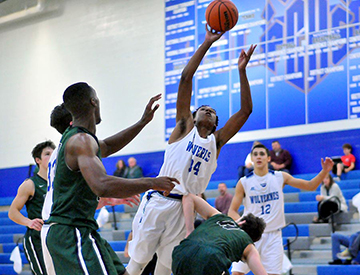 Markell Lipscomb (center) goes up for a shot during a Polk County High School basketball game. The rising senior died on Friday after a car he was traveling in crashed. (Submitted by PolkSports.com)

“He was always cracking jokes and reminded everyone that we are out there to have fun with each other and enjoy the game we were playing.”

Lipscomb finished the 2017 football season as Polk County’s leading receiver, catching 17 passes for 302 yards and five touchdowns. As a drop end, he recorded 55 tackles, including 12 tackles for loss.

One of his best efforts during the season came in Polk County’s 30-22 win over North Rowan in the opening round of the state 1A playoffs, where Lipscomb caught a 47-yard touchdown pass, part of his four receptions for 117 yards, and also had a key pass deflection, racing downfield to tip away a potential North Rowan completion.

“He was worth two touchdowns, the one he scored and the one he stopped,” said Polk County head football coach Bruce Ollis. “One of the finer athletes I’ve ever coached. He was a five-tool player for us — he could catch the ball, he could block, he could run fast, he could [play] defense and he was also a leader on the field. He did a lot of things well. Certainly, on our 2017 team, he was one of the better players.

“One thing I remember about Markell is that he always had a smile on his face. I know his teammates liked being around him. Markell wasn’t a big talker, but he certainly led by example.”

Those leadership qualities surfaced early in Lipscomb’s life, according to Blackwell, who met Lipscomb as a 6-year-old joining Polk County Youth Football. So too did Lipscomb’s on-the-field potential quickly become evident.

“From the time he came to play with us, he always had an athletic physique and was very athletic on the football field,” Blackwell said. “His smile and personality always lit up the whole team.

“He always did what he was asked to do. Even last year, when I would see him after football games, he would call me coach and give me a big hug.”

Lipscomb will also be fondly remembered by his extended family at PCHS.

“The Wolverine family is deeply saddened by the sudden passing of one of our own,” said Polk County principal Dr. Brandon Schweitzer. “Markell was a rising senior with a promising future at PCHS and beyond. He was a tremendous athlete across three sports and was loved among his friends.

“The Wolverine family certainly mourns the loss of a promising life cut short. Our hearts, thoughts and prayers go out to his family during this difficult time.”

“Any time you have a situation like this, everybody’s hearts are heavy,” Ollis said. “We’re going to have heavy hearts for a good long time.”