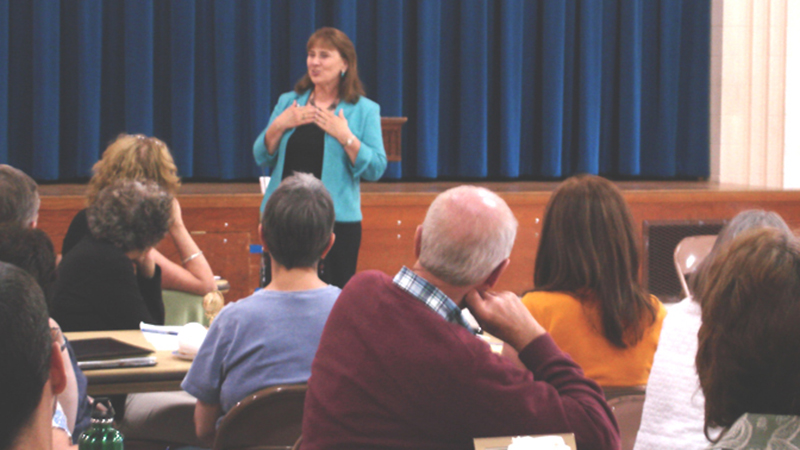 Robin Edgar aims to enjoy her retirement at Lake Lanier, emerging every now and then to give lectures, such as her upcoming talk at 5:30 p.m. Thursday, July 19, at the Tryon Historical Museum, located at 26 Maple St. in downtown Tryon.

Like all events at the museum, this event is free and open to the public.

In her upcoming lecture, Edgar plans to share stories of Jack Jolley and his brother, who built the second Morris the Horse; memories of dances Howard Green attended at Green Creek; and Ted King’s experiences while working at the Lake Lure Inn and Oak Hall Hotel.

The New York City native has written profiles, features and articles for the Sun Sentinel, The Charlotte Observer, Our State Magazine, and the Tryon Daily Bulletin.

Edgar’s first book arose from stories she heard when she served as her mother’s caretaker during her final years. The success of “In My Mother’s Kitchen: An Introduction to the Healing Power of Reminiscence” inspired Edgar to seek grants for the work of capturing stories of hospice patients and senior center residents.

When Edgar and her husband, David, a artist who specializes in sculptures made from recycled plastic, moved to the local area, Edgar followed up on that theme put in local terms for her “Personal Legacies” column, which ran in the Bulletin.

Realizing the clock was ticking also for World War II veterans, Edgar expanded her Bulletin columns to cover the stories of that generation of men and women.