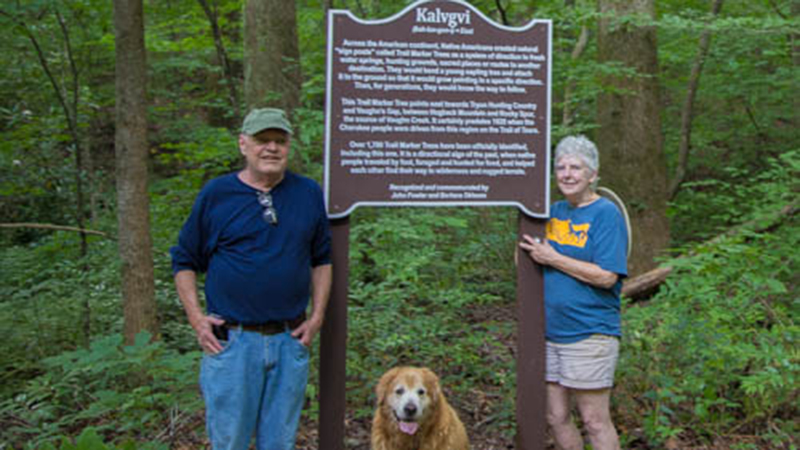 Indian Marker Trees were used by Native Americans as a directional system pointing out fresh water, hunting grounds, sacred places or routes to other destinations.

Currently there are 1,700 Indian Marker Trees registered in North America. There is one such tree found along Tryon’s Vaughn Creek Greenway, about a half mile from the greenway entrance.

The tree was first identified last October by John Fowler, who then recruited the help of a qualified individual and confirmed the tree found near the greenway as a relic from the past. Two Tryon citizens have sponsored the creation of a new educational sign that tells the story of the Indian Marker trees.

The Vaughn Creek Greenway is located at 884 New Market Road, Tryon. It is open to walkers and joggers in the area, and features views of Vaughn Creek. It is maintained and owned by the town of Tryon.