New home for law and order in Polk County 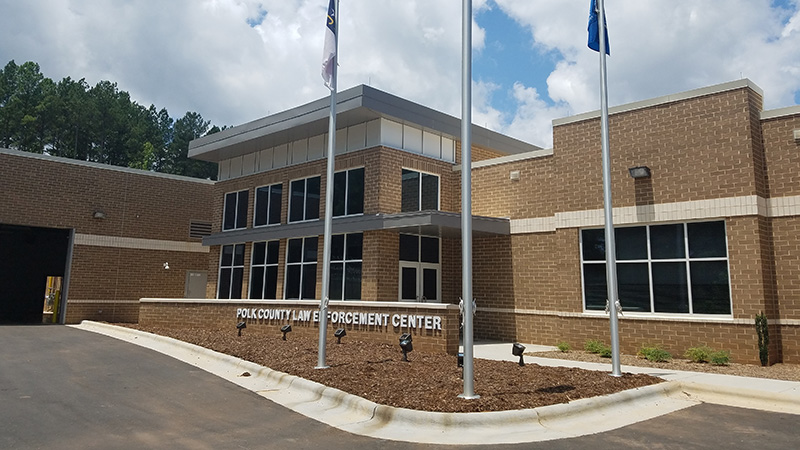 The jail staff and inmates are expected to move into the new building the first of August. 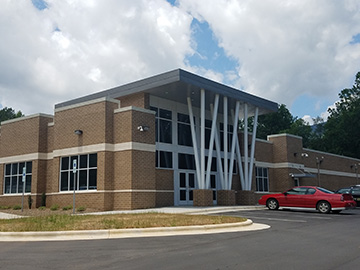 The opening of the new law enforcement center has been delayed by several months. Construction began in December 2016, with the initial target finish date of December 2017.

“Weather has been the main reason for the delay,” Pittman said.

The new law enforcement center, located off Highway 108 just outside Columbus adjacent to Milliken, replaces the current jail, constructed in the early 1970s.

The new law enforcement center is much larger than the previous facility, with more than double the amount of inmate beds. The former jail housed 25 inmates, and only males, while the new jail will house 60 inmates, including males, females and juveniles.

The former jail has faced many issues for years, including mold and leaks from inmate showers and toilets.

Polk County Sheriff Donald Hill said he and the employees are happy and appreciative to be out of the old jail.

“I’m happy for my employees,” Hill said. “The new building will offer more opportunities for the staff and the community, and I think it will better serve the citizens.”

Polk County took out a $13.5 million loan to construct the new law enforcement center, which will include a new jail and sheriff’s office. The loan is being paid through a 2-cent tax increase, enacted last year.

The county did not raise taxes this year or next fiscal year, which begins July 1, to pay for the new law enforcement center. Polk County purchased just over 21 acres of land to construct the new law enforcement facility, with plans in the future to possibly also house a new courthouse and county government buildings when needed.

The public is invited to an open house for the new law enforcement center on Thursday, July 19, with tours of the facility from 4-6:45 p.m. A ribbon cutting will be held at 7 p.m. Food and cake will be served.

Two in custody after leading officers on high-speed chase