DOT’s Highway 108 plans not out of gas yet 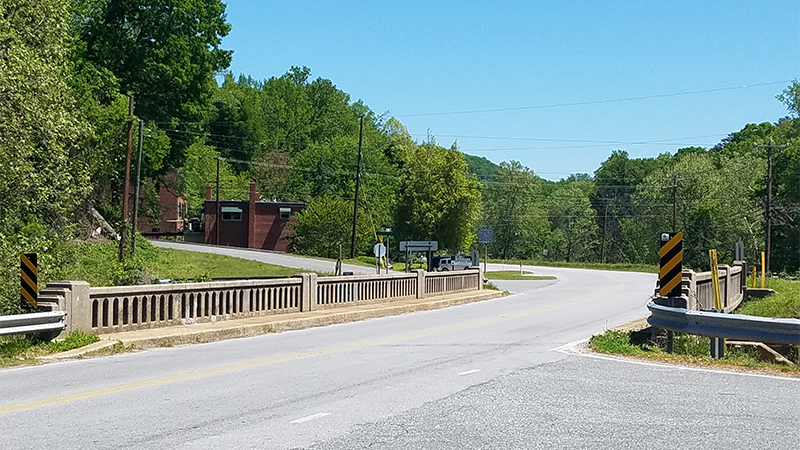 A project to widen Highway 108 between Columbus and Tryon still needs decisions from the towns in order to be taken off the Statewide Transportation Improvement Plan. Pictured is the area of the bridge in Lynn, which was going to be replaced in the state’s plan. (Photos by Leah Justice/Tryon Daily Bulletin)

COLUMBUS — A project to widen Highway 108 between Columbus and Tryon is not dead yet, as more steps are needed to remove it from the Statewide Transportation Improvement Program.

Primarily, the towns of Columbus and Tryon will have to decide whether they want the project to continue in their town limits. 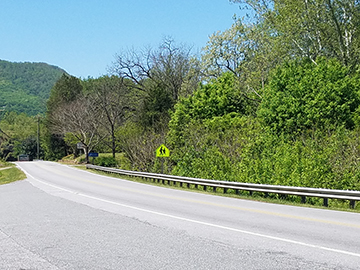 The Columbus Town Council will meet at 6 p.m. Thursday, with Town Manager Tim Barth scheduled to include in his report that he is sending a letter for the state to carry out the project in the town limits, so a sidewalk can be extended from St. Luke’s Hospital to the Isothermal Community College and Polk County Library buildings.

“This only affects what is in town limits, which is beyond the entrance/exit to the library and ICC buildings,” Barth included in his report.

The Polk County Board of Commissioners recently sent a “No Build Alternative” letter to the North Carolina Department of Transportation for the project, with some thinking that would kill the project.

“NCDOT will continue work with our partners, including all local officials and regional planning organization to decide the best course of action,” said NCDOT Communications Officer David Uchiyama. “The planners, engineers and consultants will keep  working on the best way to serve the residents of North Carolina until the project is complete or officially dropped.” 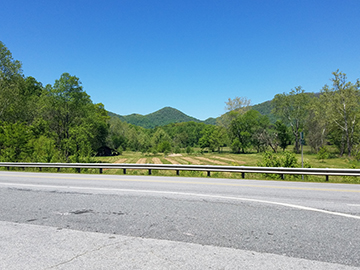 Some residents against the project have been emailing NCDOT and the Rural Planning Organization to get answers since Polk County made its decision.

Isothermal Planning and Development Commission Senior Planner/RPO Director Karyl Fuller said while Polk County’s letter is definitive for the unincorporated areas of the county, there are sections of the project that are in Columbus and Tryon limits.

“Each jurisdiction’s elected officials get to weigh in on the improvements that are proposed within their jurisdiction,” Fuller said. “The Polk County section of the project will not move forward. Period.”

The sections in the limits of Columbus and Tryon may or may not move forward depending on the towns’ decisions, she said.

Fuller also said there will be a resolution withdrawing support from the R-5838 project on the RPO’s July 11 agenda. If the agency has heard back from the towns, the resolution will include their wishes.

The Tryon Town Council meets next week Thursday. Town officials have previously sent a letter against the project in its current form, but has not definitely said they want the “No Build Alternative.”

The project was to widen Highway 108 from St. Luke’s Hospital to the intersection of U.S. 176 and Highway 108 in Tryon. The project included 12 turn lanes and replacement of two bridges.

The plan would have caused the relocation of approximately 16 businesses and six homes.

An ad-hoc group named Save Hwy 108 and Lynn quickly formed once the NCDOT announced its new plan for the highway in late April.

The group has attended multiple meetings to voice their concerns, and has also gotten at least 2,300 signatures on a petition against the project.

Last year, the DOT revealed a plan to create four lanes in that section of 108, with Tryon holding a meeting where about 100 residents attended to speak out against the proposal. The NCDOT changed the plan following the town’s meeting.

The project is currently on the Statewide Transportation Improvement Plan. It has to be removed from the STIP in order to be officially dropped.