Hardin gets shot at college basketball dream at Erskine 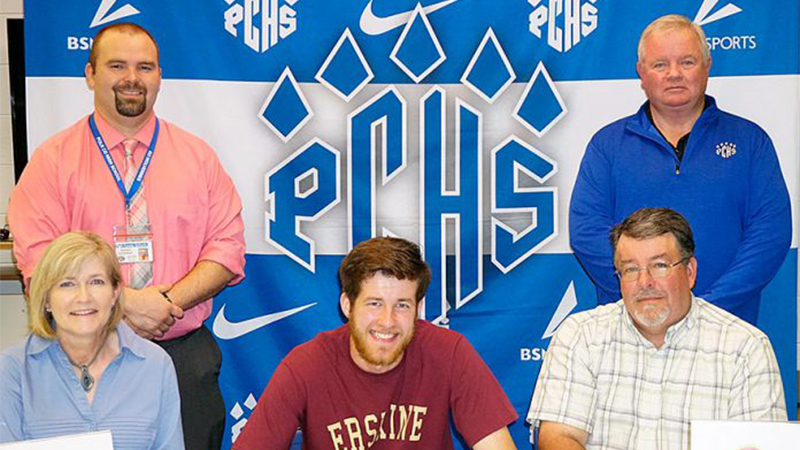 Hardin recently caught the eye of Spartanburg Day basketball coach Lee Sartor while at a camp run by Sartor. He invited Hardin to some games held on Sundays.

Shortly after Sartor accepted the head men’s basketball coaching position at Erskine, he asked Hardin if he would be interested in joining the program. Hardin made that official Wednesday, signing a letter of commitment in a ceremony in Polk County’s media center.

“Coach Sartor kept talking to me, said to keep on playing and I might have a chance at Erskine,” Hardin said. “It all worked out, and he offered me a scholarship.

Hardin appeared in 15 games last season for Polk County, averaging five points and four rebounds per game. He helped lead the Wolverines to one of their two wins, an 84-81 victory over East Henderson, with a 15-point, 13-rebound effort.

“The campus there is really nice,” said Hardin, who hopes to major in physical education. “It’s a small campus, which is good because I’m used to a small school. It’s a good environment, and it’s also a Christian school, which is the other reason I want to go there.

“I have to give thanks to Coach Koby Wilkins, Coach Sartor and [PCHS Assistant] Coach Brad Muse, who helped me a lot. [PCHS athletic director Rex Wells] pushed me through and helped me stay on course as a player and not give up.”

Hardin will graduate Friday with the rest of Polk County’s Class of 2018.