Tales of the Hunts: Lost and found 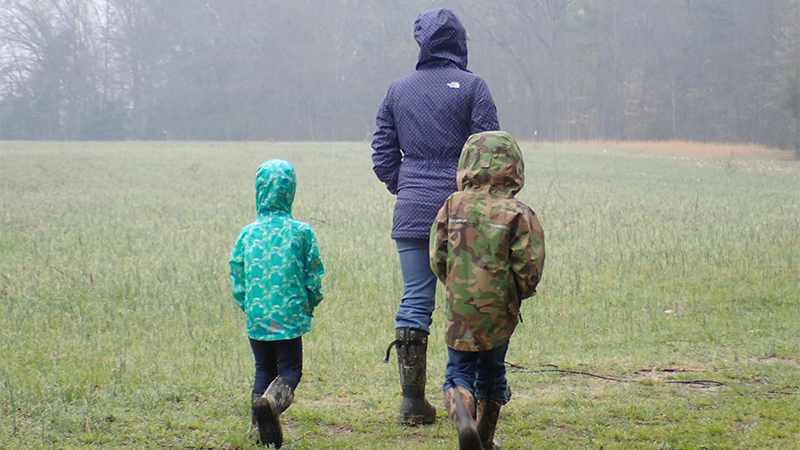 The Hunt clan on the trail of a lost dinosaur toy. (Photo courtesy of Philip Hunt)

Every family has traits or quirks passed down through generations.

Some are good, some are bad, but most are annoying. We try to teach our children the good traits and train the others out, but most of the time it is useless.

Last weekend, we stayed at a rustic cabin in the mountains and my son lost his new dinosaur toy. He couldn’t remember where left it and was worried it was lost forever.

The parent in me was annoyed, but the “Hunt” in me knew he probably couldn’t help it.

I rarely lose things, I just misplace them for up to a year.

At the beginning of our marriage, my wife would get worried when I lost my wallet or keys. But, after 10 years, she realizes I am going to find them soon enough. She was encouraged by my mother who has been dealing with my father for 40 years.

My wife even bought a hook for me to hang my keys, but I lost the screwdriver to install it. While looking for the screwdriver, I found a knife I lost a few years ago. I thought the knife was at the bottom of a swamp where I managed to baptize my cell phone and lose a flashlight one morning hunting. Rarely do I remember to bring back all the gear I brought with me.

Most times, when my buddy hunts a deer stand I have previously hunted, I usually get a call asking if I knew that my binoculars were in the stand. If my son and I hunt in the same stand, there are probably enough supplies left behind to start a small sporting goods store.

My wife and friends are patient with me. They understand I have an attention span like a Labrador retriever. When focused on a task, nothing else matters. But when the next task comes along, I have forgotten what I did three minutes ago.

So, when my son lost his dinosaur in the woods, I knew all too well the patience I needed to show because the night before, my father-in-law, Jim, showed me the same. He was staying at a different cabin close by when he saw someone going around his cabin with a flashlight.

That someone was me. I had lost my keys and was retracing my steps.

My truck was unlocked and I searched in all the random places a key could fall. After an hour of both of us searching, I gave up and decided to sleep on it.

Early the next morning, I am searching in the daylight with an elaborate idea of what happened to the keys. It involved water runoff, a curious squirrel and a hungry hawk. I explain my idea to Jim, and he thinks it’s probably best to think logically and check my truck again.

Sure enough, the keys were right where I left them behind a car seat.

Eventually, my son’s lost dinosaur was found and everything was right in the world. I told my son I was sorry, but everyone picks up annoying family traits.

The most important thing to remember is to thank your friends and family who have to put up with it.

Tales of the Hunts – Parent Training – how…