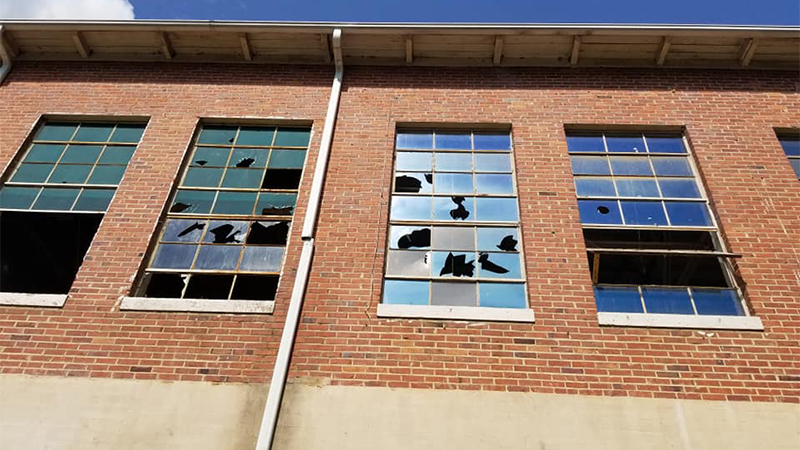 LYNN — The owner of the former Grover Industries building in Lynn is offering a $5,000 reward for information leading to the arrest of suspects he believes vandalized the structure over the weekend.

“My biggest thing is it’s pretty pathetic that people would go in right after everything that’s happened in this area,” Thomas said, referring to recent mudslides and flooding that has damaged many areas in the county.

He said just when he is trying to fix up a building, some “punks” decide to destroy it because parents are not watching their kids. 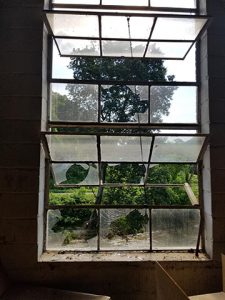 The former Grover Industries building in Lynn was vandalized Saturday night. Owner Jerry Thomas is offering a $5,000 reward for information leading to any arrests. Thomas said 25 windows were broken, among other damage, and the repairs will cost thousands. The building is located off Clarence Rhodes Road. (Submitted photo)

Thomas said he thinks it was teenagers, at least three, given the footprints left at the property.

Thomas is offering anyone who identifies the suspect or suspects a $5,000 reward, and said he will sue whoever is responsible to recoup the reward money.

He said kids are getting out of school and getting idle right now.

“I want to stop them before they get started and before somebody gets hurt,” Thomas said.

Thomas said the damage to the building will likely reach thousands to repair. He believes the person or people responsible went in several different areas of the building, and broke windows, threw beer bottles, tore off a door and used fire extinguishers.

“I think there’s at least three [who] were involved,” Thomas said.

Thomas made a report with the Polk County Sheriff’s Office.

Anyone with information about the vandalism is asked to contact the sheriff’s office at 828-894-3001.