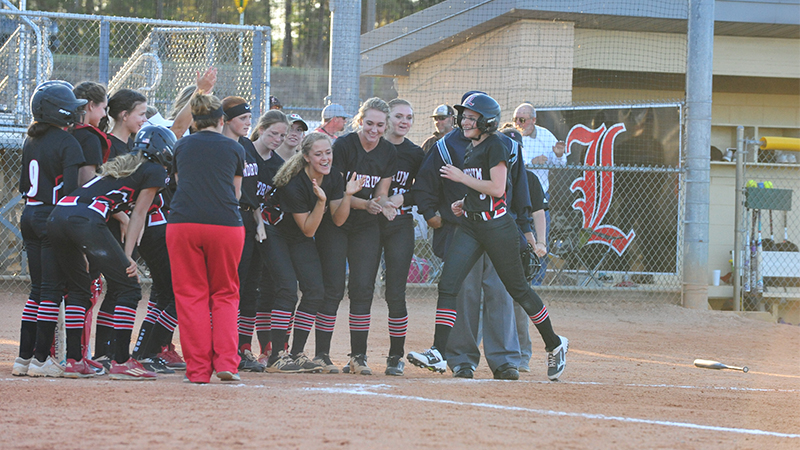 Landrum’s Michelle Suddeth is about to cross the plate after socking a two-run, first-inning homer that erased a Chapman 2-0 lead. (Photo by Mark Schmerling/Daily Bulletin Contributor)

Clutch hitting, including a two-run first-inning homer by Michelle Suddeth, helped Landrum defeat Chapman, 8-6, in softball at Landrum on Friday, at home.

Heads-up base-running, and a Chapman wild throw on a rundown play, also helped the Cardinals, who ended their regular season at 14-7.

Starting pitcher Caitlyn Cox was lifted in the first inning, after Chapman scored twice, with three runners reaching base on walks. Alexus Atkins came on stop the rally, by striking out the batter who faced Cox, and fanning the next.

Sarah Price led off Landrum’s home first with a walk, stole second, and scored ahead of Suddeth, who belted the ball over the fence in left center.

Later in that frame, Atkins reached first, stole second, was caught in a rundown, and reached third safely, and scored after Chapman’s pitcher’s throw eluded the third sacker. Landrum’s Alyssa Davis started that play, with a hard bouncer back at the pitcher, who alertly caught Atkins off of second, but whom uncorked a high throw to third.

Chapman plated a pair of runs in the top of the third, one on a double; the other on an infield groundout. 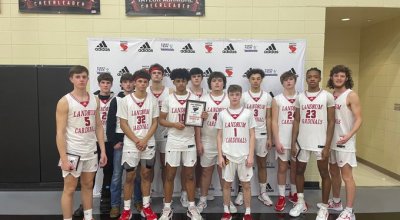 Landrum basketball teams compete in the Battle at the Border tournament