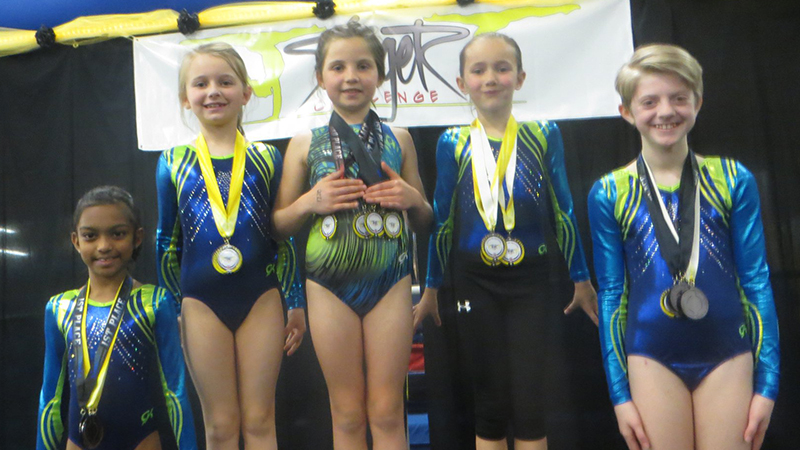 During the weekend of March 24 and 25, Foothills Gymnastics Academy sent 11 to Tumblebees competition in Greensboro.

This was the fourth qualifier for the FGA Xcel Gold team. Despite having a smaller team, their hard work earned them fifth place.

FGA’s Xcel Silver team performed well at the Tumblebee’s competition, where they swept the podium on vault, bars, floor and all around. Grace Settles won first on bars with 9.45, first on beam with 9.20, second on vault with a 9.325, third on floor with 9.25 and first all around with a 37.20.

All FGA teams will attend another state qualifier competition in Charlotte during the weekend of April 7.