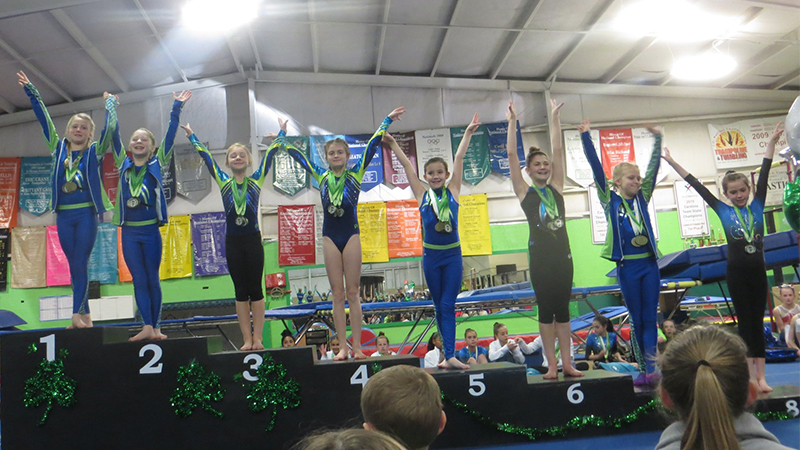 Foothills Gymnastics Academy sent 11 gymnasts to Hickory, North Carolina during the weekend of March 3 and 4.

Grace received first on floor, second on vault, second on bars and first on all around with a 37.05. Congratulations to Grace for receiving her second score over 37.

The Foothills gymnastics Xcel Gold team includes Gabby Savaia, Hurley Bell and Eliza Then. Gabby earned first in beam, second in floor, third in vault and second all around. Hurley won second in vault, third in floor and fourth all around. Eliza earned fourth on floor and fifth all around. The girls are preparing for their upcoming competitions in Greensboro and Charlotte.