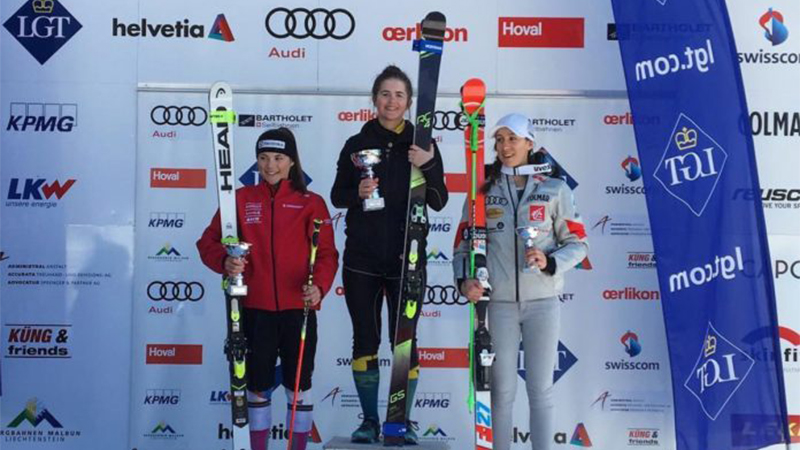 A former Tryon resident is making her mark in international skiing.

Nicola Rountree-Williams took top honors in the grand slalom at the 2018 OPA Cup (formally 7 Nations Cup), held Feb. 8 in Malbun, Liechtenstein. The OPA Cup is the leading international U16 alpine ski competition, and includes the top  U16 racers from across Europe.

Rountree-Williams, who grew up in Tryon and attended Tryon Elementary School, now lives in Colorado and competes with Ski and Snowboard Club Vail, where she was accepted in 2013 as a full-time student.

“It was one of the most difficult hills I’ve ever raced on,” the 15-year-old Rountree-Williams said of her OPA Cup win. “I had a solid first GS run but knew I really had to go for it on the second run to make the podium. The second GS course was a little more open and I just let my skis go and it paid off.

“I didn’t finish my SL race but I’m making nice progress in attacking slalom runs and creating more speed. My homework and challenge is to learn how to maintain that speed over the full course and hold on to the finish.”

Rountree-Williams is scheduled to compete in April at the 16th International Silvretta Schuler Cup ski race in Samnaun, Switzerland, where she will likely faec some of the same athletes.