Saluda swears in mayor and commissioners 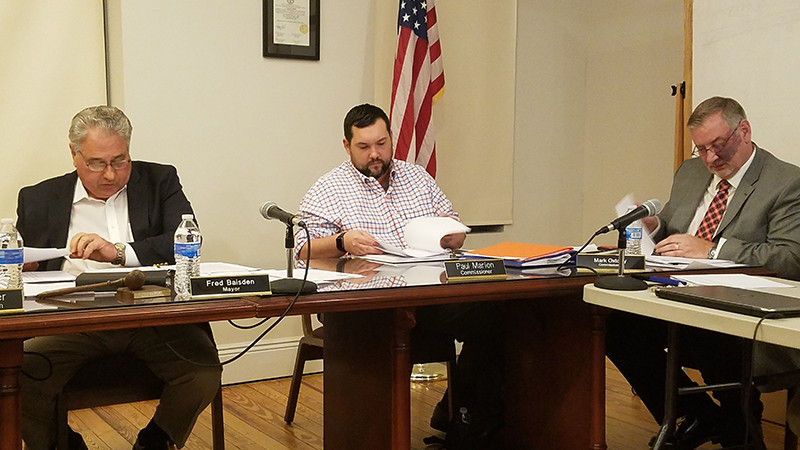 Saluda Mayor Fred Baisden and commissioners Paul Marion and Mark Oxtoby take their posts after being sworn into office this week. (photo by Leah Justice)

SALUDA – The City of Saluda swore into office newly elected commissioners and mayor who will lead the city for the next two and four years.

The city also gave Ashburn a proclamation in honor of her service on Monday night.

Ashburn thanked the board and Saluda citizens for allowing her to serve.

“I do want to thank the board and the citizens for the four years allowing me to serve,” Ashburn said. “I think we’ve started some good projects and I hope you all can find the money to continue them without raising our taxes.”