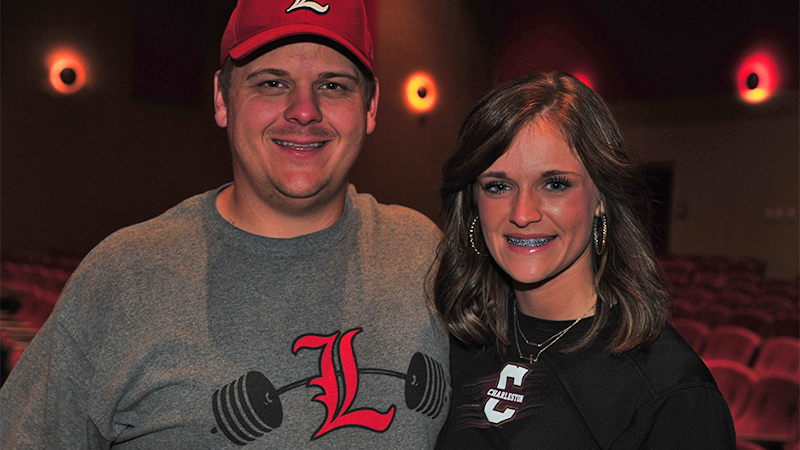 Landrum senior Emily Carter has literally taken her weightlifting to a new level. As a freshman softball player, she began a general conditioning program. In her senior year, her combination of natural talent and hard work, under the direction of Cardinal weightlifting coach Chad Cooksey, propelled Carter to new heights in power lifting competition.

Competing recently in Las Vegas, Carter set world records in her age (15-18) and weight (60 kilogram) with a 270-pound squat, 271-pound deadlift and a total of 662 pounds. Her bench press was not a world record.

How was Carter to coach?

“You’ll find no better,” Cooksey offered. Carter also signed to play on a softball scholarship for the College of Charleston, a Division One school, on Nov. 10. She’s returning to general weight training to help her softball performance.

Her inspiration for power-lifting success?

“Definitely Cooksey,” Carter noted. Her response to the fact that competition requires serious concentration and effort: “It does take a lot of time and hard work, but it’s worth it in the end.”