Remember When: Remembering Virginia and my grandfather 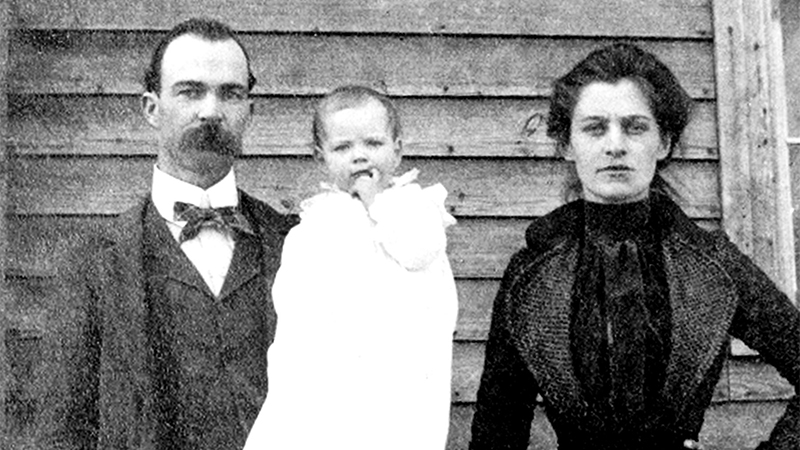 I met Virginia Graves many years ago at one of her son Claude’s grand kiln openings at the Little Mountain Pottery. She and Elaine (Mrs. Claude) had made the delicious edibles we all enjoyed. I more recently met Virginia during my regular rounds at White Oak to visit my dozen or so friends living there. She was always cheerful and welcomed our brief chats. Later I met her daughter Kathryn and her husband Dave when they were visiting her. 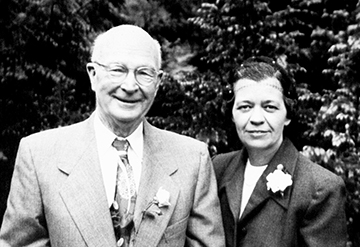 One Sunday I took a large print of a photo I had made of Claude at a kiln opening. Claude celebrated his kiln openings, inviting a host of prospective buyers as well as musician friends to entertain them. The photo shows the great showman Claude holding up a piece and extolling its fine features as hands went up to claim it.

Someone took the print home to frame it and it did not come back, so I made her another one and stuck it on her wall with a push pin. It was still there when I stopped by Sunday . . . but the family was being gathered for her demise, so I did not tarry.

I commented in a recent column that my grandfather was “a presence” in Tryon for many years. Perhaps I need to elaborate on that . . .

My grandfather, Thomas Adrian Rippy, was born in Cleveland County in 1876. He married Elizabeth Wilburn, who had my mother, Agnes Coline Rippy, in 1900 and later Herman. Elizabeth was called home to tend a relative dying of tuberculosis; she soon contracted the disease and also died, leaving Tom with two small children with no mother.

Tom came to Columbus to run a general store for someone else, then started his own store in Lynn. Meanwhile, a new widow, Mattie Sue Jones Holbert, with two little girls, came to Columbus from Holbert’s Cove to go to school to learn a skill to be able to provide for Grace and Glannie. Of course she traded at Tom Rippy’s store, and soon they were married.

By the 1920s Tom had opened a “cash and carry” store in Tryon, which he called the Rippian Way. It was located where Black Coffee is now, between Missildine’s on the corner and the Jackson building. Sometime in the mid 30s Tom built a Sinclair service station (now St. Luke’s Plaza; Huckleberry’s) for his son by Mattie, Thomas Ethan. My father helped with the concrete work there.

Tom also bought and ran the Piney Mountain Springs Water Works that supplied Lynn and the Valley with water; he sold that to the Town of Tryon in the 50s. Meanwhile, Tom had gone to work at Broadus Ballenger’s store in Tryon; Ballenger’s sold groceries in the side where the restaurant is now, and dry goods in the other side. Tom had a desk in the middle, at the top of the stairs leading to the “bargain basement.”

I want to include a couple of photos of my ancestors; the captions will identify them . . .

Most of the above was chronicled in my columns over the years. I have just published a second edition of the first book of them, “A Boy in the Amen Corner.” It is a “second edition” because it includes pages of photos found since the first edition, plus a history of Stearns School written by my mother’s friend Vadah McMurray Tallant. My mother was in the first graduating class of Stearns High School in 1918.

All of my books are available in the Book Shelf, from Amazon, or from me.