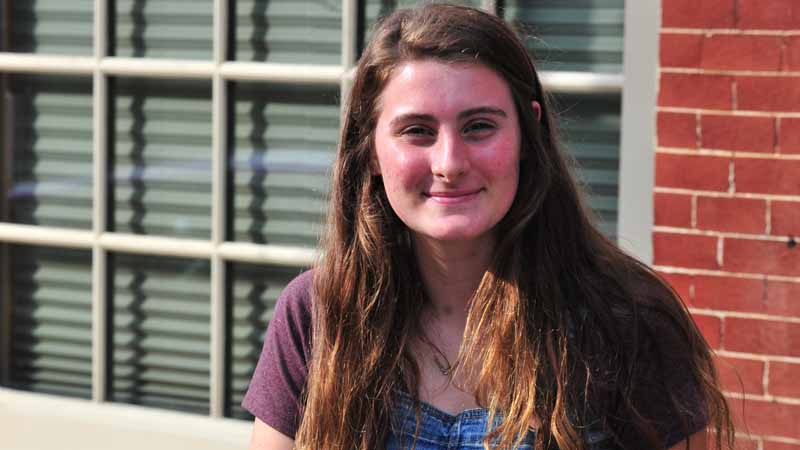 Her parents’ first date was a bike ride up the Saluda Grade on U.S. Highway 176. Fast forward to Tuesday, Sept. 26, and to Drew Bailey, a student at Polk County High School, who will welcome cyclists on her senior project’s inaugural group ride starting at Harmon Field near the cabin, following in her parents’ tire tracks.

Meeting time is 4:30, with a 5 p.m. clip-in, for an eight-mile loop (which energetic riders can lengthen). 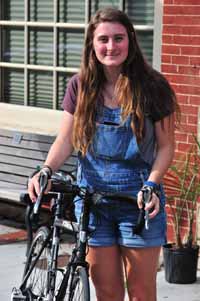 This Tuesday afternoon, Polk County High School senior Drew Bailey will host her inaugural bike ride, part of her senior project. Interested riders should meet near the cabin at Harmon Field at 4:30 p.m. for an eight-mile loop. (Photo by Mark Schmerling)

“My parents met through biking,” Bailey said. “It was always part of my life.”

Some years ago, Bailey took a short break from riding, but she got really excited recently about riding again. “I began doing group rides, big rides. We have to do a senior project. I wanted to start a bike group,” she recounted. Bailey’s idea is to start an informal group, which someone else can take over when she graduates in 2018.

“I want to promote exercise and the social aspect of the community.”

Bailey said she’s found a number of interested riders, and said that her group “would be a nice addition to our little community.”

Bailey’s favorite rides include heading up the Grade from Tryon to Saluda, and around Lake Lanier.

Tuesday’s ride will cover Warrior Drive and part of U.S. 176, at an average pace of about 15 mph.

Her group “is not a super-professional thing,” she said. “It’s about community, safety for riders and drivers, teaching people how to handle their own bikes. ”