Cardinals look to West-Oak for first grid win of season 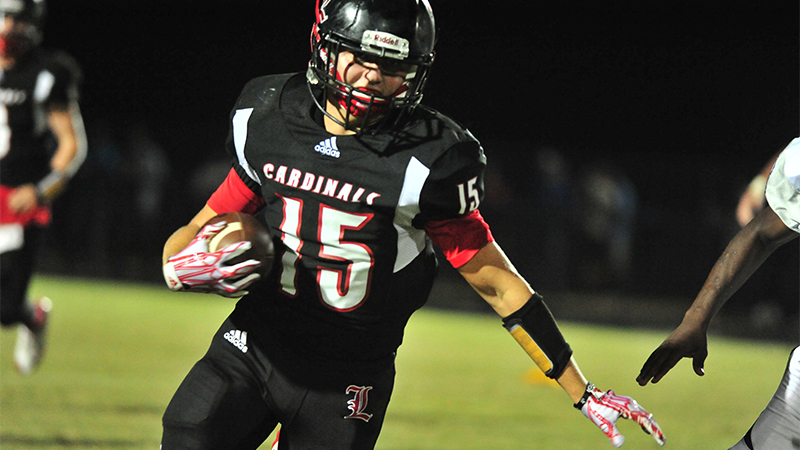 Landrum players and fans hope for a big game from Dalton Kuykendall, who has played well this season. This evening, Kuykendall and his teammates will visit the West-Oak Warriors in Westminster. Kuykendall is shown running the ball against the visiting Polk County Wolverines last week. (Photo by Mark Schmerling)

Last year at Landrum, the Cardinals scored over 50 points, and smothered visiting West-Oak.

Landrum head coach Jason Farmer hopes that will be the case again, this Friday evening, when his Cardinals visit the Warriors in Westminster, S.C.

“We’ve got a long road trip in front of us,” Farmer noted, who hopes that the Cardinals, 0-3 going into tonight’s contest, “will put one in the win column.” West-Oak, currently 0-4, features, among other threats, Jordan Lee (#22), a talented running back.

“We have everybody back,” Farmer remarked, adding that his players are ready. He cautioned, however, “We can’t go by what we did last year.”

If the Cardinals can avoid excessive penalties and turnovers, both of which have hurt them early on, they’ll most likely make it a long night for the Warriors.