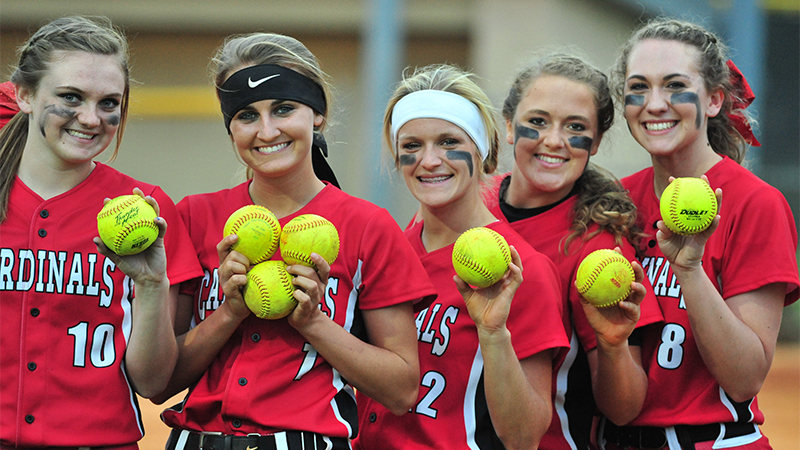 Christmas came early for Landrum’s softball team, as the Cardinals hammered eight homers in a 23-0, 9-0 double-header romp over visiting Blacksburg on Tuesday, April 18. Sarah Price (second from left, holding three softballs) actually smashed two round trippers in each game, but modestly dismissed one because it was an inside-the-park shot, not clearing a fence. Price extended her consecutive game hit streak to an incredible 75 games, fourth longest among U.S. high schoolers. Cardinal sluggers include Shanna Davis, Price, Emily Carter (who homered in the first game, and tripled in a run in the second), Ellen Boatwright and Caroline Bishop. The Cardinals, under head coach Casey Smith, are 9-3 overall and upped their region record to 4-2. More photos are on page 8. (Photo by Mark Schmerling)