Hustle was impressive, but not enough for a win 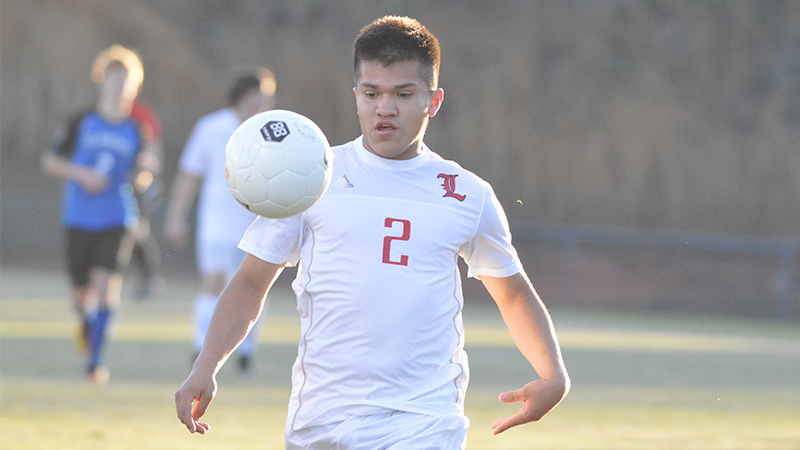 Hustle proved more important than the final score, for a young Landrum men’s soccer team that fell, 3-0, to visiting St. Joseph’s Catholic on Friday, March 31. Though the Cardinals are now 4-8 overall, and 1-3 in region play, head coach Andrew Bowen observed, “Our boys played the most physical we have played all season, and only lost, 3-0. Our boys hustled, and showed improvement, especially for on the man-marking on the defensive side of the ball. Proud of our hustle and hard work for a young team.” Next week, the Cardinals have thee matches: April 10 at Gaffney (varsity only, starting at 6 p.m.), April 11 at Christ Church (varsity begins at 7 p.m.), and April 13 at Spartanburg Christian Academy (varsity to begin at 7 p.m.). Here, the Cardinals’ Jovanni Borja (#2) is about to catch up with the ball in the first half. (Photo by Mark Schmerling)