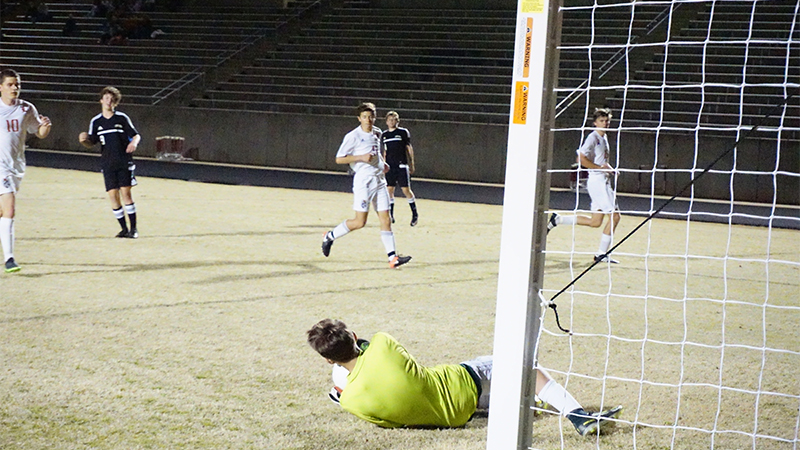 Even though Landrum’s men suffered a 7-1 varsity soccer loss to visiting Christ Church Episcopal on Friday, March 24, Cardinal coach Drew Bowen found some positives. One of those was the performance of his freshman goaltender Andrew Killian. Killian made a series of spectacular saves, including two on penalty kicks by the Cavaliers.

“Two saves on PKs,” Bowen marveled. “It’s never been done in Landrum history!” Here, Killian makes another save late in the game. Jesus Alviar scored the lone Cardinal goal, on a booming kick near the end of the first half that made the score 5-1. Playing more aggressively in the second half, the Cardinals gave up just two goals.

Next action for the Cardinals is this Tuesday evening, when they host Greer Middle College Charter, with varsity action set to start at 7:30. This Friday evening, March 31, the Cardinals host St. Joseph’s Catholic, with the match set to begin at 7:15.