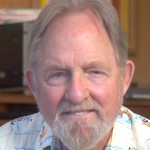 The Tryon Connections series entertainingly brings home a facet of Tryon’s past by presenting films that show a link between the town and the international film industry.

Tryon native, Bill Kerby, wrote the screenplay for “The Rose.” His mother was the original owner of The Bookshelf in Tryon and he graduated from Tryon High School in 1956 as President of his class.

Although he now lives near Seattle, Wash., he still has many friends in Tryon.  In an interview filmed specially for the series, Kerby will discuss the process of writing the story and introduce the film to the Tryon audience.