Sound Investment kicks off Saluda’s ‘Top of the Grade’ 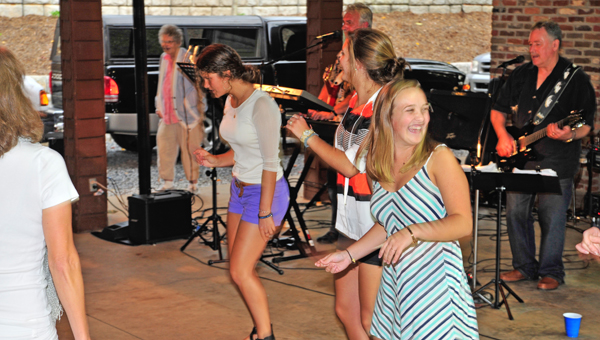 Saluda residents and visitors dance to the tunes of Sound Investment. (photo by Mark Schmerling)

Last Friday evening’s performance by Sound Investment kicked off Saluda’s new Top of the Grade concert series, which will offer free concerts at McCreery Park on the second and fourth Fridays through Oct. 25.

According to Cathy Jackson, a member of Saluda’s promotions committee of the North Carolina Small Town Main Street program, “The whole idea was to bring more people downtown on Fridays.” Promoters are hoping to attract residents and visitors, including many patrons of the Saluda Tailgate Market, which runs from 4:30-6:30 p.m. Fridays through much of the fall.

They decided that “Top of the Grade” was a fitting name for the series, since the events are being held very near the high point of the Saluda Railroad Grade.