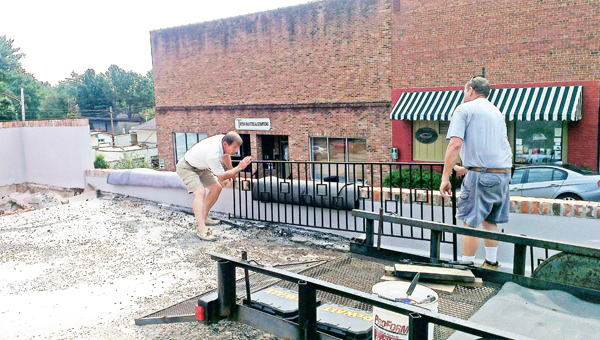 Tryon Tourism and Business Development Coordinator Crys Armbrust said the town received official word Tuesday, July 16 that it would receive the funds that didn’t become available until April of this year.

“I thought the state would have done everything in its power to reappropriate those monies, particularly in the economic climate we’re in,” Armbrust said. “It’s essential, particularly in rural areas, to have such a sum of grant monies designated particularly for small towns.”

The grant is awarded through the NC Dept. of Commerce.

That grant program requires private/public matches. For the Depot Plaza project a contribution of $525,000 from Dr. John Hooker,  for the construction of his new offices, met the private match requirement, while Bill Lane’s more than $307,940 contribution for the St. Luke’s Plaza building satisfies the public portion of this new grant. Armbrust said both private contributions to the projects substantially exceeded the estimated costs.

In all, Tryon private investors have contributed $4.16 to every $1 the state has put into these projects.