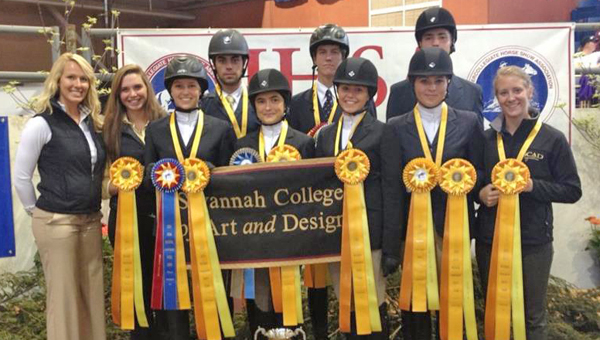 Equestrian Michael Kocher won the designation of Reserve National Champion in Open-Flat, while representing the Savannah

Kocher, who grew up in Tryon, began riding at 12 years-old. Earlier this year, Kocher competed in a regional competition winning first and second place.

Kocher earned a scholarship to SCAD, one of the country’s premier schools of fine arts.
“Michael won a full-ride scholarship at SCAD and was later drafted on to their equestrian team, I think they got a pretty good deal with him,” said mother, Susie Kocher.

Kocher is majoring in sound design, within the school’s film and digital media department. He has also declared a minor in equestrian studies, and must maintain at least a 3.0 GPR in order to devote his time to the sport.