Ruth B. Johnson, a resident of Tryon since 1962, passed away peacefully on April 3, 2012 at Tryon Estates in Columbus. Mrs. Johnson was 100 years old. Her 50 years spent in Tryon and Columbus were filled with joy, love and happiness that she spread to all who knew and loved her. That sentiment is echoed by all who remember her now. 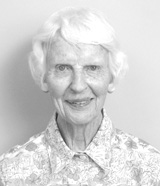 Ruth and her husband, James Elliott (“Jim”) Johnson, retired to Tryon in 1962. They chose Tryon after spending many wonderful vacations at the home of her parents, Walter and Katherine Brent, who built a house on Warrior Drive in the 1940s. Further up Warrior Drive, they built a house in Brookwood Acres and lasting memories for both family and friends.
Her sister, Jane Snowden Hodell, also lived and worked in Tryon for many years.
Born Ruth Brent on Sept. 12, 1911 in Chicago, she moved with her parents to Maplewood, N.J., where she attended school. As a girl, she spent a year in Lausanne, Switzerland and never forgot the broadening experience travel provides. She graduated from Harriet Melissa Mills Kindergarten Training School in New York with a degree to teach kindergarten.
She met Jim Johnson, from upstate New York, in the 1930s and the two hit it off immediately. A favorite family memory is their first date, to the movies, in which Jim forgot his money and she treated him. He then sent her a letter with a dollar enclosed. They were married in 1933.
Jim and Ruth lived in Summit, N.J. Jim worked in NYC for Western Electric Companies and AT & T.
The couple adopted two twin boys in 1940, Donald and David, of whom she was enormously proud.
“They were crazy about each other,” she once said.
“We were homebodies,” Ruth said. “I always loved to read and cook.”
Jim and Ruth were married for 50 years until his death in 1983.
Ruth remained in their Brookwood Acres home until 1996 before moving to Tryon Estates. Over the years she provided a loving and nurturing home to her family and friends. All could not wait to visit Ruth and revel in her cooking and companionship. Later in life she shared her love for Europe with her granddaughters, touring France and England, an energetic companion.
Ruth’s years at Tryon Estates were equally filled with wonderful memories for family and lots of new friends. Even after gallbladder surgery, a broken hip and a move from her apartment to Oak Bridge Terrace, she always said, “I’m doing all right.” A favorite line was “Old age isn’t for sissies.”
She was predeceased by her sister, Jane Hodell, who also lived in Tryon Estates.
Ruth is survived by two sons, Donald and his wife, Kristin, of Waldoboro, Maine and southern France, and David Johnson and his wife, Lynne, of Falmouth, Maine. There are four granddaughters and nine great-grandchildren.
Funeral arrangements were provided by McFarland Funeral Chapel of Tryon.
A memorial service will be held at Tryon Estates on Saturday, April 7 at 2 p.m. 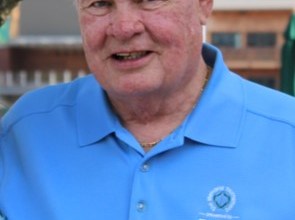 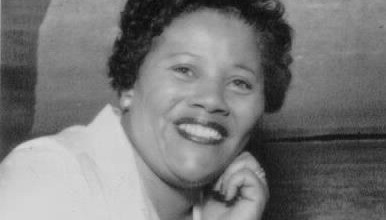 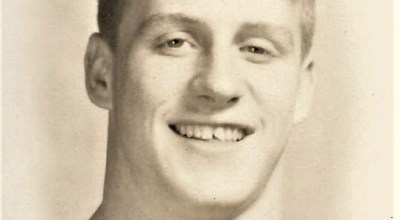