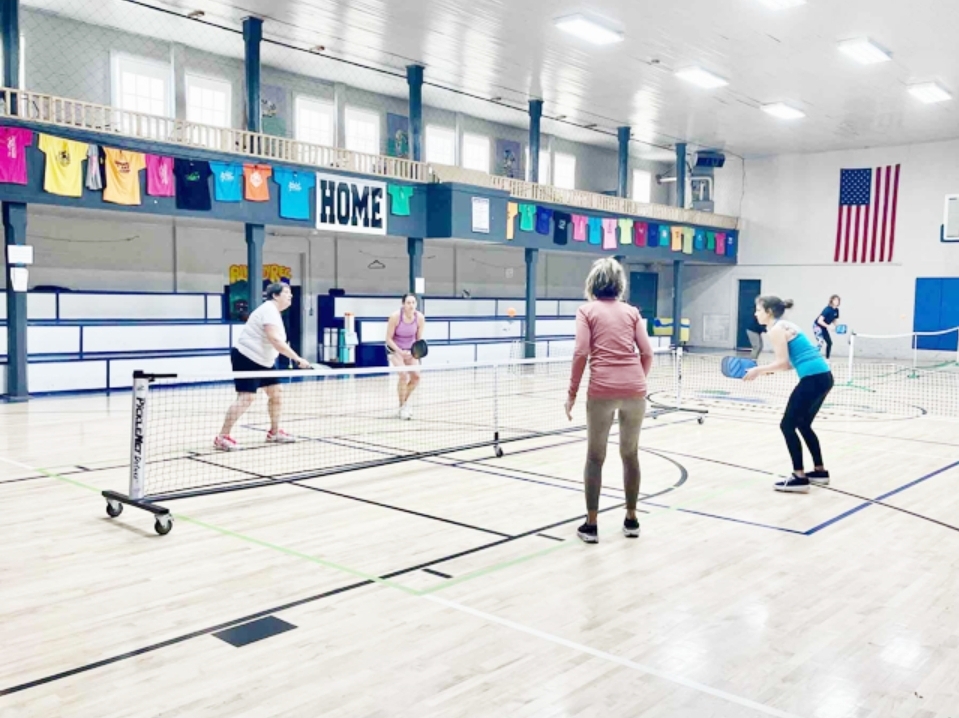 COLUMBUS–On Friday, January 20, the first Pickleball Tournament was held at Stearns Gym in Columbus. A dinking game is played solely in the ‘kitchen’ of a Pickleball court, which is essentially 7’ by 20’ on each side.

This fun competition was held under the direction and planning of Donna Donnely and Lisa McAlpine.

The top four in each group played a game based on personal faults (mistakes), and were eliminated after committing two faults. Blaney was the winner in Group 1, and Group 2 was won by Goldstein. These two then competed under the same rules and Josh Goldstein was the ultimate winner of the tournament.

Fun was had by all. All who participated felt that their pickleball skills improved and plans are in the works for future events.

For more information, or to see the action, stop by Stearns at 11 a.m. on Mondays.